The IAP Conference and General Assembly was hosted by IAP in collaboration with the Korean Academy of Science and Technology (KAST) in April 2019.

The Opening Ceremony took place on Tuesday 9 April followed by the two-day conference on Science and the Sustainable Development Goals: The role of academies ending on Wednesday 10 April 2019.

Participants included distinguished scholars, presidents and leadership of national academies of science, medicine, engineering, as well as experts and health advisors from both industrialized and low and middle income countries (LMIC).

The third day, Thursday 11 April 2019, was dedicated to the General Assemblies of IAP Science and IAP Health, and the joint InterAcademy Partnership meeting, all of which are closed sessions for representatives of member academies only.

The key decisions taken at the 2019 IAP Assembly are:

- All current member academies are now considered members of the InterAcademy Partnership as a whole rather than of one or more of the constituent networks (IAP-Health - Science or -Policy).

- The GA unanimously approved the Strategic Plan and Implementation Plan. The strategic plan is now available on the IAP website (available here).

- The GA approved a revised IAP structure with one unified Board, one unified Executive Committee, and several thematic groups (initially Science, Health and Policy-themed). The GA delegated to the current co-chairs and secretariat the authority to develop a detailed model for this revised structure based on these principles, which will be subject to endorsement by electronic ballot. 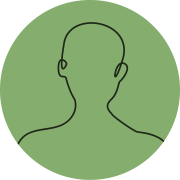 The Korean Academy of Science and Technology (KAST)