Skip to main content
The InterAcademy Partnership (IAP) was formally launched in South Africa in March 2016, bringing together three established networks of academies of science, medicine and engineering, namely IAP, the global network of science academies, the InterAcademy Medical Panel (IAMP) and the InterAcademy Council (IAC).

IAP Science brings together member academies to advise the global public and decision-makers on the scientific aspects of critical global issues, such as poverty, sustainable development, climate change, biotechnology and global health. It also works to improve science education and scientific literacy in member countries across the globe.

IAP Health is a network of the world's medical academies and medical sections of academies of science and engineering. Founded in 2000 as the InterAcademy Medical Panel (IAMP), it is committed to improving health world-wide. Its goals are to strengthen the capacity of academies to provide evidence based advice to governments on health and science policy; to support the creation of new academies; to support the creation of projects by member academies to strengthen research and higher education in their countries; and to issue consensus statements on matters of importance to global health.

IAP Policy was founded in 2000 as the InterAcademy Council, and mobilises the best scientists and engineers worldwide to provide high quality, in-depth advice to international organizations and national governments on critical scientific issues. Previous reports have focused on building scientific and technological capacity worldwide; achieving a sustainable energy future; enhancing African agriculture; a review of the processes of the UN’s Intergovernmental Panel on Climate Change (IPCC); scientific responsibility in global research; and, most recently, the science community’s role in achieving the Sustainable Development Goals (SDGs). 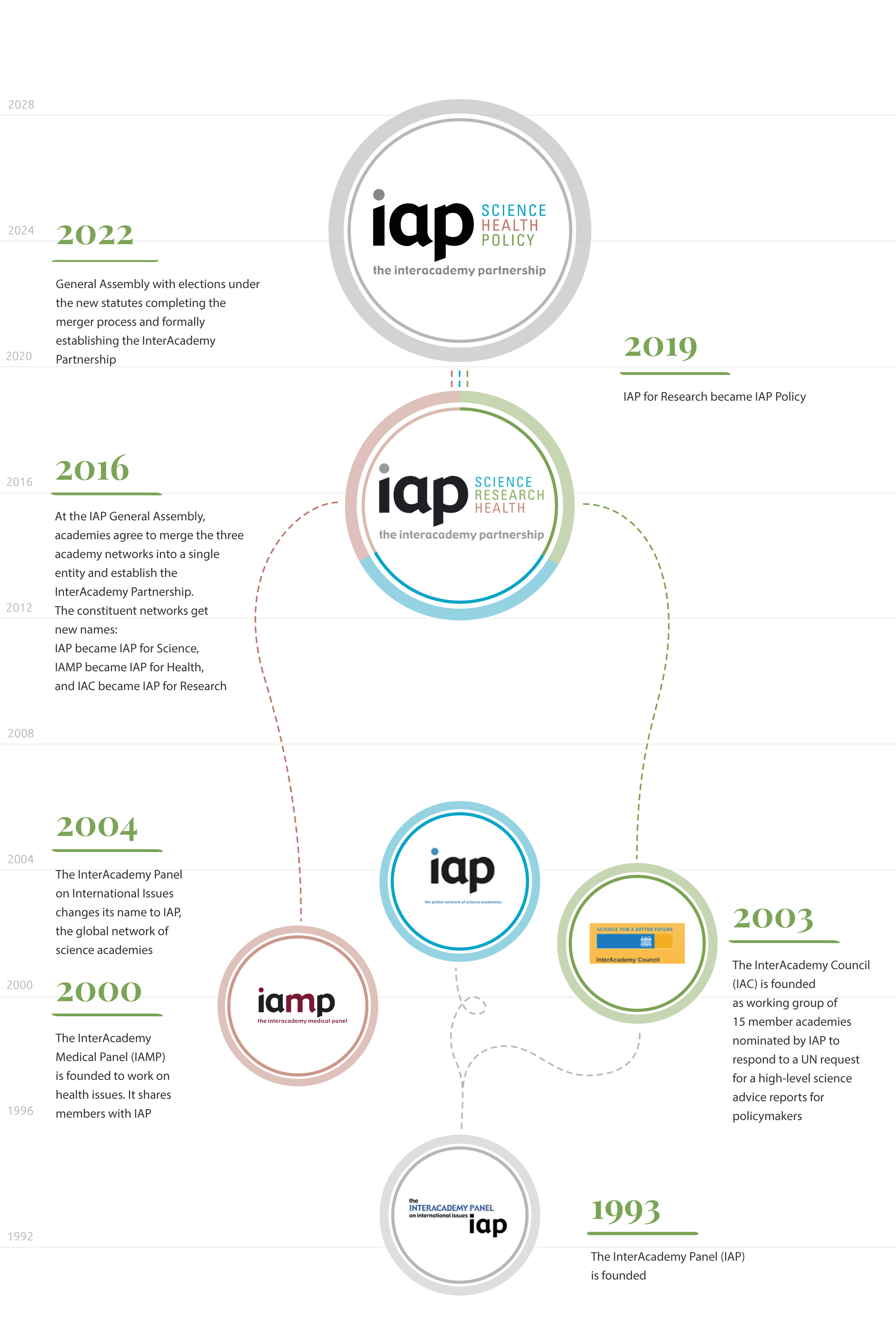