Skip to main content
Under the umbrella of the InterAcademy Partnership (IAP), more than 140 national, regional and global member academies work together to support the vital role of science in seeking evidence-based solutions to the world’s most challenging problems.

Academies are typically independent and highly committed institutions that recognize and promote excellence and achievement. By definition, they are merit-based, with members selected from among the leading scientists within a country or region. In addition to their honorific roles, academies are vital civil society institutions that have the credibility to inform the public and policy-makers about problems and potential solutions. Their credibility comes not only from the scientific excellence of their members, but also from the fact that they are free of vested political and commercial interests. Indeed, although many academies were established by national governments and tasked with serving their countries by bringing scientific perspectives to bear on national and international issues, they are constituted as independent bodies.

Just as each IAP member academy represents an authoritative voice nationally, this unified voice of academies under IAP aims to amplify academies’ impact at the international level. Now, as international attention has turned to the UN Sustainable Development Goals, IAP provides a collective mechanism for academies to further strengthen their crucial roles as providers of evidence-based policy and advice. IAP produces evidence-based statements and reports examining major priorities for sustainable development, and provides independent and authoritative advice to national governments and inter-governmental organizations, including the United Nations (UN), on critical science-based issues.

IAP also helps build the capacity of its new and less-experienced  member academies, thus strengthening their ability to take on an advisory role in their own nations and to contribute to global discussions.

Furthermore, IAP is an observer organization of the Intergovernmental Panel on Climate Change (IPCC) and the Belmont Forum. 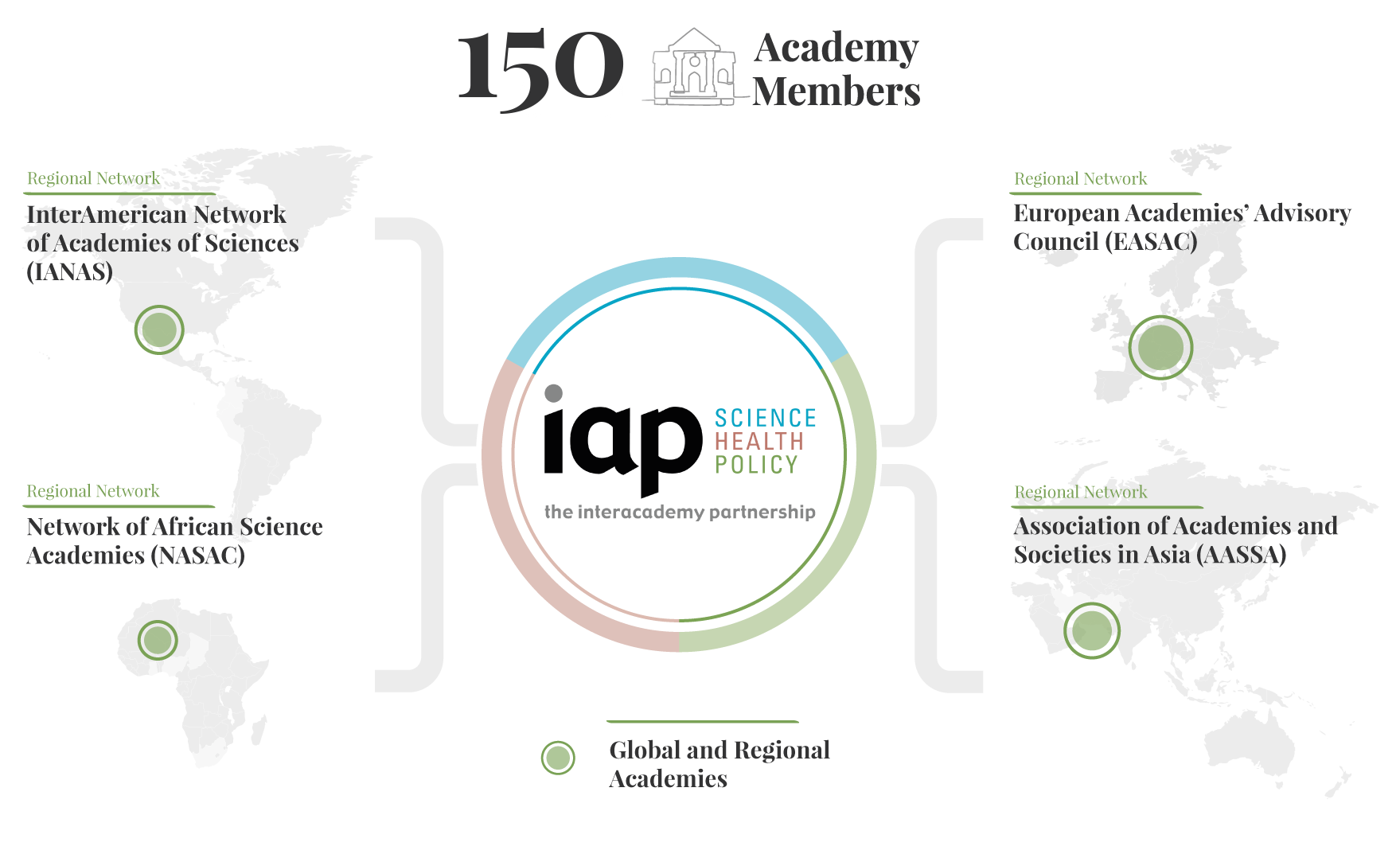