The Brazilian Academy of Sciences (ABC) and the Nobel Prize Outreach are organizing the Nobel Prize Dialogue Brazil, which will be held online on 8 April 2021 at 15:00-18:30 CET. The main theme of the meeting will be 'The Value of Science', which is an extremely important discussion taking into account the complex moment the world, and specially Brazil, is currently facing. This event represents an unique opportunity to reflect on the role of science in the development of humanity and in coping with the challenges that lie ahead.

As explained by Luiz Davidovich,

The main discussion will focus on what science, and scientists, can contribute to society, and what, in turn, society can contribute to science. Alongside the intellectual enjoyment it provides, the applied benefits of science are, of course, all around us, and our dependence on science to help meet many of the challenges facing humanity is obvious. But knowledge itself is neutral, and what research is pursued, and how we choose to use new discoveries, is up to us to decide guided by the principles of freedom and responsibility that must preside over all scientific endeavour. Beyond this, the discussion will address some of the less immediately tangible, but equally important values that science and scientific thinking can bring to society. In the face of ever-increasing communication of information and ideas, the need to understand what science can teach us has perhaps never been greater.

In sequence, the Nobel laureates will participate in two roundtables with 40 selected students (20 per roundtable) from all over Brazil. Students will be coming from the Federal District and 22 of the 26 Brazilian States. Below you will find a one-pager document with more detailed information on the meeting. The link to the official website is https://www.nobelprize.org/events/nobel-prize-dialogue/brazil-2021/#tab-content/.

The meeting will be held in English and will be broadcast at the Nobel Prize YouTube channel. 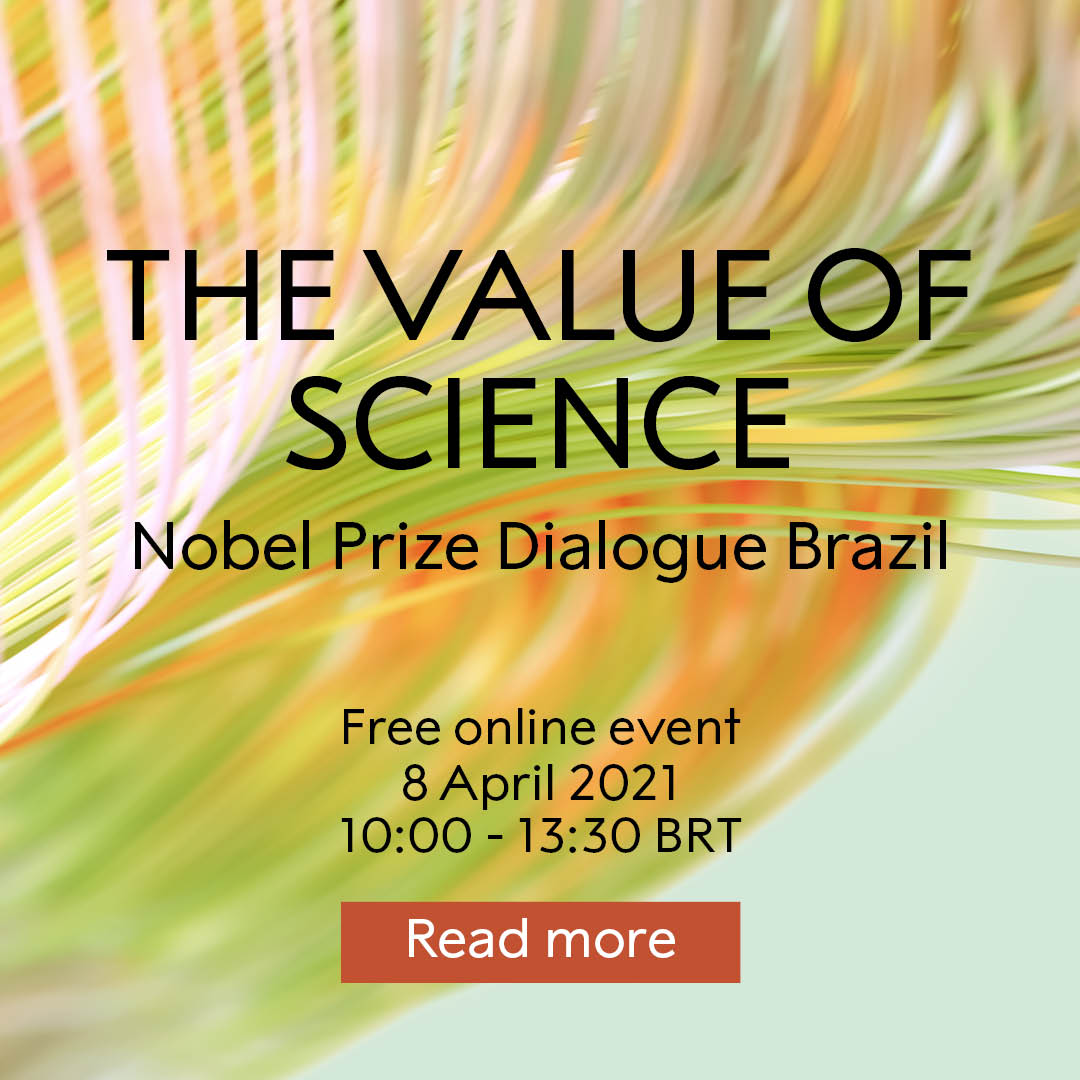