Between 24-27 January 2016, 170 academics, urban planners, medical doctors, engineers, geographers, scientists, public health specialists, health policy makers, students and members from, local authorities, civil society and the media from 28 countries, convened in the city of Kuching in Sarawak, Malaysia at an Urban Thinkers Campus (UTC) meeting focused on ‘Health and Wellbeng in the City we Need’.

Urban Thinkers Campuses (UTC) are initiatives of UN-Habitat (http://unhabitat.org/), conceived as platforms to bring together partners and urban actors to address challenges and proposed solutions to urban futures. The three days of deliberations in Kuching raised issues and solutions to be articulated in a joint statement on ‘The City We Need 2.0’, which will feed to the Habitat III Conference in Quito, Ecuador, in October this year. Each constituent group at the meeting discussed broadly on current health issues and then focused on health impacts in their areas of interest.

The UTC in Kuching was unique in many ways. This was the first UTC to be held in Malaysia; it was also the first UTC to focus on health.  Kuching was chosen as the venue as it is Malaysia’s link in the Alliance for Healthy Cities (http://www.alliance-healthycities.com/). In 2015, Kuching was also declared a ‘City of Unity’ by the Malaysian government, reflecting the successful integration of its unique wide cultural and ethnic diversity.

The meeting was generously hosted by the Sarawak Government and led by United Nations University (UNU), World Urban Campaign, thinkcity and Health City Kuching, Sarawak.  It was held at the Sarawak State Library.

IAMP has a strong commitment to the global urban health agenda, and is involved in a 10-year ‘systems approach’ project  on ‘Urban Health and Wellbeing’ with the International Council for Science (ICSU) and the United Nations University Institute for Global Health (UNU) (See: URBAN HEALTH Project), which aims to advance the inclusion of urban health in national implementation plans for the SDGs (https://sustainabledevelopment.un.org/sdgs) (linking goals #3 ‘God health and wellbeing’ and #11 ‘Sustainable cities and communities’) and in the UN Habitat final report. 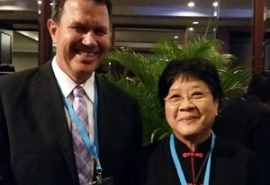 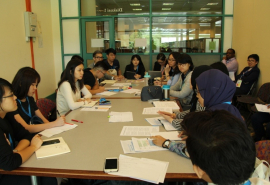 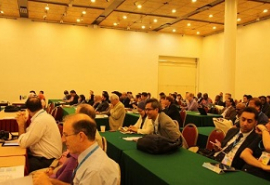 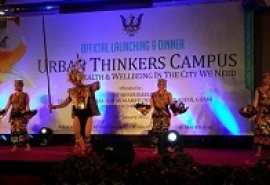 A Cultural evening at the UTC, Kuching