The Brazilian Academy of Sciences (ABC), the Nobel Prize Outreach, and the InterAmerican Network of Academies of Sciences (IANAS) are organizing the United by Science - Nobel Prize Dialogue Latin America and the Caribbean, which will be held online on 16 November at 16:00-19:00 GMT. The event will bring science students from throughout Latin America and the Caribbean into conversation with Nobel Prize laureates to explore how science and scientists can most effectively make a positive impact on society.

More detailed information on the meeting, including the full program and the profile of the participants, and streaming link of the event, can be found on the official website https://www.nobelprize.org/events/nobel-prize-dialogue/latin-america-2021. 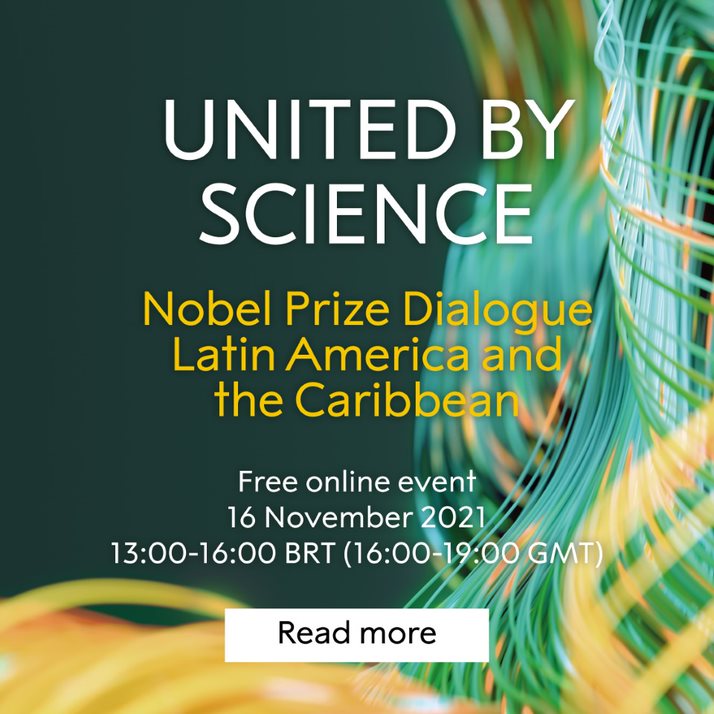