Skip to main content
Share on
The third AEMASE (African, European, Mediterranean Academies for Science Education) conference has concluded with agreement on an ambitious project to establish a network of innovative science education centres in the Africa-Mediterranean-European (AME) region.

The meeting was held in Paris on 3-4 October 2017 and hosted by the Institut de France, Académie des sciences. Some 100 participants attended, with representatives from 30 countries in Europe and Africa. 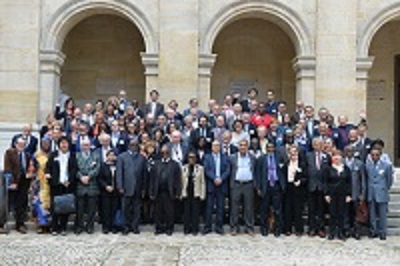 The event was kicked off by Catherine Brechignac, Member and CEO of the Académie des sciences, who invited opening remarks from special guests Jean-Michel Blanquer, Minister of national education, France, and Giandomenico Magliano, the Italian Ambassador in Paris. In addition, Norbert Hounkonnou, president of the Benin National Academy of Sciences, Arts and Letters, relayed a message from the general director of the Sème City Agency, under the President of the Republic of Benin, Patrice Talon.

In the opening session, IAP for Science co-chair Krishan Lal highlighted that science education was among IAP’s four strategic priorities, while Sharifah Maimounah Syed Zin, representing Dato Lee Yee Cheong, chair of the Global Council for IAP’s Science Education Programme, provided an update on IAP SEP activities. European and African networks of academies, respectively All European Academies (ALLEA) and the Network of African Science Academies (NASAC) were represented, too, by their executive directors.

The rector of the Agence Universitaire de la Francophonie, Jean-Paul de Gaudemar, pointed out some difficulties in Africa for science education such as multilinguism, teaching equipment, pre-service teacher training and further job opportunities. He then highlighted possible solutions, in particular the potential empowerment provided by digital tools, and the expected African Research Council (ARC) that will promote well established research structures in Africa.

Among the technical presentations there more evidence that inquiry-based science education helps provide children with a more rounded educational experience, better equipping them for the expected jobs of the future that will be built on teamwork and reasoning. As Pierre Lena of La main à la pâte put it: “As well as reading, writing and counting, we need to add on reasoning to guide future education.” He added that: “For educational change, a long term perspective is needed. With their credibility and track record in this area, academies are best placed to drive this forward.”

Among the other talks, IAP coordinator Peter McGrath teamed up with Andre Radloff of the Smithsonian Science Education Centre (SSEC) to give an updated on the development of the ‘Zika’ project. With funding from the Moore Foundation, SSEC is working with various experts to develop modules that will introduce concepts and ideas related to mosquito-borne diseases to schoolchildren. The project is currently being trialled in the USA and Australia. Results of these tests will be fed back to the module development and a revised version will be ready for testing in other countries (hopefully with the collaboration of academies) early in 2018. In the session on ‘Science education for health’, Mario Stefanini, member of the IAP for Health Executive Committee, introduced the SCIESA project that is being rolled out in primary schools in the Rome area. In the session on ‘Science education for climate change’ David Wilgenbus (La main à la pâte) explained a project aimed at creating an international centre for climate change education that will involve La main à la pâte, IAP and the Intergovernmental Panel on Climate Change (IPCC).

The conference confirmed the general view that inquiry-based science education (IBSE) pedagogy can help improve science education in all countries. However, while IBSE is not necessarily correlated to good scores in the Programme for International Student Assessment (PISA) rankings, it was pointed out that IBSE does score high in interest in science and the desire to pursue scientific studies. In contrast, countries that do well in the PISA rankings in science often produce students with little interest in the subject. Representatives of many countries presented their challenges and the strategies, efforts and resources they develop to improve science education in their schools. The conference also focused on several specific disciplines, including mathematics, health, biodiversity, agriculture and climate change.

The main goal of the AEMASE III conference, however, was to garner support for the establishment of CESAME (Centres for Education in Science for Africa the Mediterranean 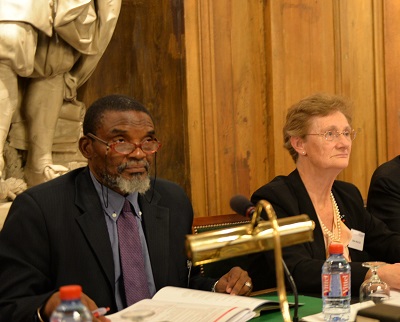 and Europe) , where educators of science teachers coming from the AME region would be in close contact with colleagues from other countries and scientific workers, and initiated to the IBSE pedagogy in science. In May this year, the IAP co-chairs wrote to member academies and other organizations in the AME region requesting expressions of interest to establish such a centre in their country. Seven responses were received (from Benin, Cameroon, Egypt, Italy, Morocco, South Africa and Tunisia). A CESAME Steering Committee reviewed these proposals and agreed that the establishment during the next year of at least three centres (of which at least one in Europe) and others to follow when conditions permit, was the best way forward. The activity of the network should be coordinated by a single centre. This process was supported by conference delegates (see Statement below).

As conference co-chair Odile Macchi of the Académie des sciences put it: “The meeting has been very successful, but now begins the hard work. Our AEMASE-CESAME team, with IAP support, will begin fundraising to support the establishment of these centres which we hope will become operative during 2018. It won’t be easy, but we are determined to succeed, not for ourselves, but for the children and future generations for which quality education will be so important.”

Videos of presentations, photos and other resources avaiable HERE on the website of the Académie des sciences.