Skip to main content
Share on
“Innovative Forum for ASEAN Museums towards Achieving Science and SDG Awareness in the Community” was held on 18-19 August 2019 at the National Science and Technology Fair 2019 in Thailand.

“Innovative Forum for ASEAN Museums towards Achieving Science and SDG Awareness in the Community” was held on 18-19 August 2019 at the National Science and Technology Fair 2019 in Thailand. The forum was jointly organized by the National Science Museum Thailand (NSM), the Thai Academy of Science and Technology (TAST), and the Thai Young Scientists Academy (TYSA), and jointly funded by the Interacademy Partnership (IAP) and NSM. The forum convened eleven young scientists and ten museum representatives from all ten ASEAN Member States who actively discussed different approaches to integrate science and technology as well as SDG agenda into the museums in ASEAN countries in order to promote science enculturation in the society.

The keynote speaker, Mr. Royce Tan from Bosch Rexroth Sdn Bhd, Malaysia, highlighted the necessity of linking science and technology to the society by introducing success stories that solve important national and global issues, e.g. the 2011 Thailand Floods and other extreme climate conditions. Examples of programs that engage the society with the SDGs, link the national museums to science education and connect scientific findings to the society were presented by four invited speakers. The talks were followed by one-and-a-half-day workshop where creative problem solving tools were implemented to encourage an ideation of solutions that address current problems. To promote science and SDGs, most of the national and science museums in the ASEAN State Members shares a number of common problems, including the lack of contents, the decrease in the number of visitors, the lack of public awareness, and the limited resources and funding. All of the participants actively participated in the discussion and came up with implementable plans to address aforementioned problems. It became an evidence of how crucial it is for the young scientists to expand their engagement in developing scientific contents for the museums. In turn, it is also beneficial for the scientists as the national museums are practical platforms for them to connect with the community.

The forum was concluded with presentations of challenge-based and country-based implementable plans that tackle the regional and local challenges.  In summary, the workshop represents an innovative platform for the national museums and the young scientists to share their experience and discuss their roles in building science culture in the community. Finally, the first stepping stone for the national museums to work in collaboration with the young scientists was initiated to build cooperative approaches for a global impact. 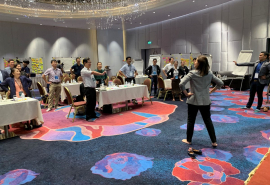 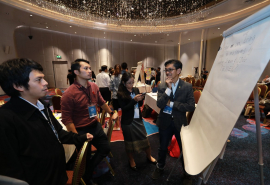 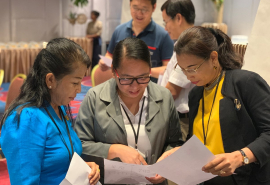 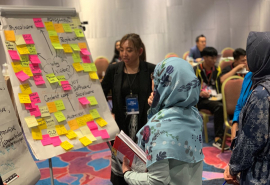 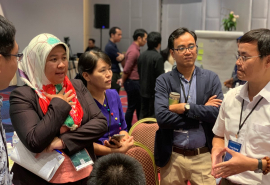 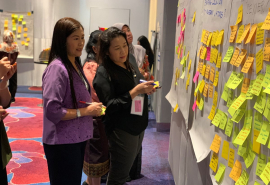 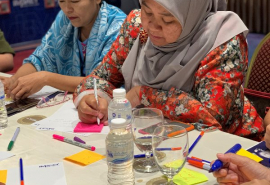 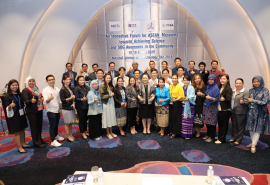