This project has two components:

The Academy of Sciences of Latin America (ACAL), together with the National Academy of Sciences (NAS), have set up the website https://www.acalconecta.org/ to provide information on science courses, seminars, lectures, conferences and webinars that are accessible online. The information on the website will be updated regularly.
The goal is to provide young people from different parts of the Americas to access information that may not be available locally.  A special presentation for IANAS Members will be held in the second week of February 2022.

This project will also be launching networks of young scientists throughout the Americas.  An advisory committee has been established with 8 representatives from the different IANAS academies  with the goal of organizing virtual webinars for early career researchers, addressing  subjects of regional and global importance.

Two possible topics being considered are: how IANAS can develop partnerships that will help young researchers as they move forward in their careers; how to better communicate with governments, the media and the public.

Nobel Prize Dialogue with Latin America and the Caribbean

This event was broadcasted on 16 November 2021 and is now available at https://ianas.org/events/nobel-prize-dialogue-with-latin-america-and-the-caribbean/.

A steering committee with representatives from Argentina, Brazil, Canada, Costa Rica, Nicaragua and the United States developed a framework to prepare this report, and all IANAS academies had the opportunity to provide relevant national information and examples that might serve as case histories. The report (spearheaded by Dr. S. Harper, from the University of Alberta) has now been through a rigorous external review (15 international referees) and the revised version has just been accepted by the steering committee. A webinar will be organized for official release of the report in late February or early March 2022.

The Academy of Sciences of Haiti (ASH) has been invited to join IANAS as an “Observer Member” until  the request to join IANAS is brought to the vote at the IANAS General Assembly 2022 in Córdoba, Argentina, (hopefully face-to-face ) next September.

This group has prepared several policy briefs specifically aimed at policymakers: “The importance of monitoring river water discharge”; “Climate variability and change in Central America: what does it mean for water managers?”; “Urban waters; “Eutrophication: a growing problem in the Americas and the Caribbean”.  These policy briefs have been published in Frontiers in Water or in the Brazilian Biology Journal.

The publication “Water quality in the Americas: a survey”  has been edited, translated and printed, and distributed to the IANAS Academies. Another 2021 publication from the water program is “Water Quality: Ecosystems and Human Health” (“Calidad del agua: salud de los ecosistemas y salud humana”). This book is based on a series of seven webinars organized by CONCYTEC Perú and IANAS Water Program on different topics concerning quality of water and health of ecosystems;  eutrophication and contamination of marine and freshwater systems; water and mining; water and human health; water, health, innovations and public policies and a final session on the multiple challenges of quality of water with a panel of international specialists on water issues.

A study of Caribbean Water Resources is now in the planning phase. It will provide a comprehensive review of the current challenges and issues Caribbean countries face in the provisioning of drinking water in adequate quantities and quality to the peoples living in this region of the world.

The Water Program met on 8 November 2021 for a business morning session and an afternoon session to present policy briefs that members of the group produced and published in 2021. More information about the IANAS water program is available at https://ianas.org/activities/ianas-water-program/.

The group has undertaken a series of projects mapping the future for urban development. The current rates of population growth and urban migration will add another 2.5 billion people to urban populations by 2050, which will require the equivalent of 110 new cities, each with over 20 million. It is therefore now essential to develop a new and far more efficient model of urban development and living in order to contain resource consumption and CO2 emissions.

The group also started a successor of the IANAS - IAP ‘Guide towards a Sustainable Energy Future for the Americas’ book, last published in 2016. The new book will include such ideas as the circular economy, the future of cities, the transition to a post-carbon economy, the development of a hydrogen economy, the implications of the electrification of the world’s vehicle fleet, and the importance of the changing social, economic, and political context.

The Energy Program held the Annual Focal Points meeting on 30 November 2021. Dr. Ezequiel Leiva was introduced as a new member to the group representing the National Academy of Sciences of Argentina. More information about the IANAS Energy Program is available at https://ianas.org/activities/ianas-energy-program/.

Two new members joined the group: Ana Rada from Bolivia and Cecilia Bouzat from Argentina. The Annual Focal Point meeting was held in two virtual meetings on 12 November and 9 December 2021. Each member reported on the activities of their Academies relating to Women for Science.

Following calls for nominations the WfS selected the winner of the 2021 Anneke Levelt-Sengers Prize The award was given to Joana Laddo, a young researcher working in the area of food and plant sciences in Uruguay. The Young Investigator Prize will be announced in March 2022.

A steering committee has been selected to organize a short video contest for school students in the Americas. The call for submissions will be launched in February or March 2022. More information about the IANAS Women for Science Profgram is available at https://ianas.org/activities/ianas-women-for-science-program/.

The recommendations developed aim to accomplish five goals, with a concerted effort from the member academies with strong programmes helping those that do not.

A project Fostering STEM teaching and learning in several South American countries presented to IAP’s call for Competitive grants has been approved and will allow us to  actively implement the above-mentioned recommendations. This will be accomplished during 2022 though  both webinars and face to face meetings. One workshop will be held parallel to the IANAS general assembly scheduled for September 2022.

More information about the IANAS Science Education Program is available at https://ianas.org/activities/ianas-science-education-program/. 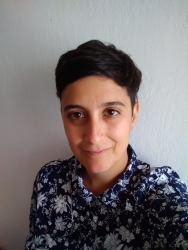 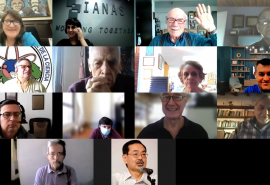 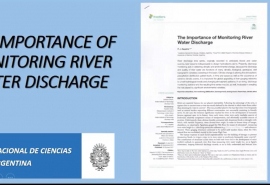 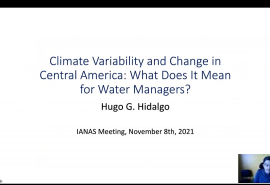 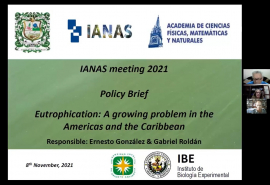 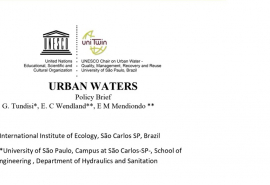 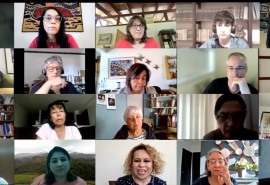