Skip to main content
Share on
IAP has built on its ties with the Biological and Toxin Weapons Convention by presenting recent work at the ongoing BWC Meeting of Experts in Geneva.

The current Meeting of Experts (MXP) of the Biological and Toxin Weapons Convention (BWC) is being held from 7-16 August. Results of these two weeks’ of deliberations will feed into the Meeting of States Parties (MSP) to be held in December this year.

Among the five consecutive MXP meetings being held during this period, two days (9-10 August) were spent undertaking a ‘Review of Developments in the Field of Science and Technology Related to the Convention’. To contribute to these discussions, IAP co-organized a side event with the US National Acedemies of Sciences, Engineering and Medicine (NASEM) on ‘Assessing Security and Governance Issues of Modern Biotechnology: Updates from Academies of Science’. 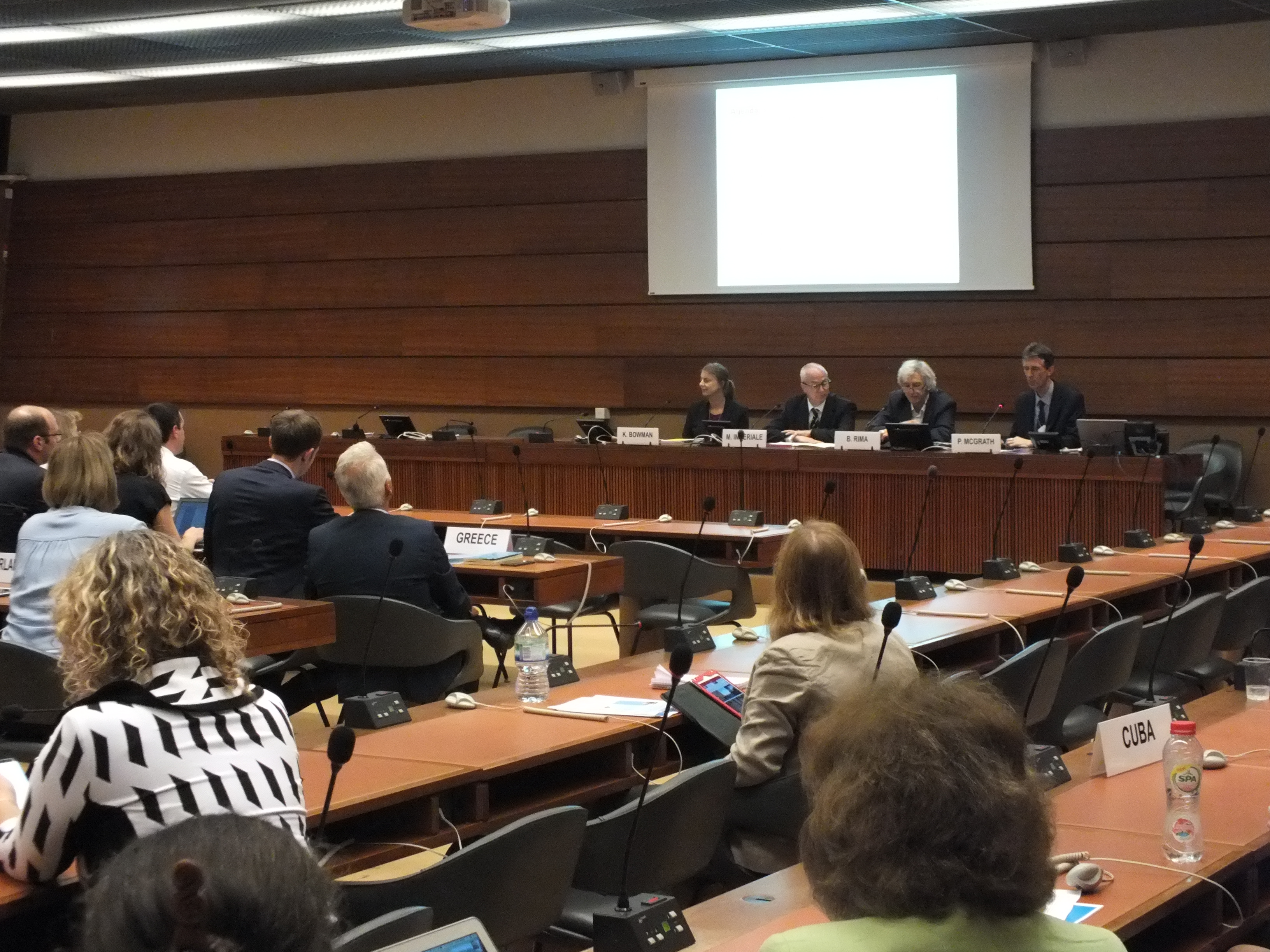 The session was attended by more than 60 participants, including representatives of the national delegations of Belgium, Brazil, China, Cuba, Germany, Greece, Hungary and Switzerland, as well as a representative of the Organization for the Prohibition of Chemical Weapons (OPCW) and the chair of the BWC’s December MSP.

Also on display during a dedicated session was a poster highlighting various IAP activities and publications over the years on the issue of ‘IAP, Biosecurity, and Responsible Research Practices’.

Discussions by BWC member states delegations during the plenary sessions also referred to work by IAP (especially the ‘Herrenhausen report’) and work by various academies. Imperiale, for example, was able to present an outline of the NASEM report, ‘Biodefense in the Age of Synthetic Biology’, while Johannes Fritsch presented the DFG-German National Academy of Sciences, Leopoldina’s on codes of conduct for handling security-relevant research.

On 10 August, a side event hosted by China focused on the ‘Development of a Model Code of Conduct for Biological Scientists’ that has been prepared by China and Pakistan. The code intends to be aspirational and BWC member states would be encouraged to adapt it for adoption in their own particular circumstances, perhaps even with enforceable national codes in each country. During discussions on this issue, it was considered that such codes of conduct coming ‘top down’ from the BWC could be considered ‘heavy handed’, whereas if they came ‘bottom up’ from the scientific community, they might be more readily accepted.

Given that representatives of several academies have already been involved in drafting and refining the proposed code of conduct, discussions are proceeding to determine how IAP might play a key role in finalising and disseminating the proposed document.