With the establishment of the InterAcademy Partnership in 2016, ongoing projects and programmes are now starting to integrate.

One concrete example of this is the addition of a representative of IAP for Health to the IAP Science Education Programme (SEP). The IAP SEP has been active since 2003, but till now has involved only experts nominated by academies of science.

On the invitation of the chair of the IAP SEP Global Council, Dato Lee Yee Cheong (Malaysia), IAP for Health has appointed Mario Stefanini (Italy) to the Global Council. Stefanini’s first interaction with the other members of the Global Council was during an Inquiry-based Science Education (IBSE) Policy Forum, and in particular a session on ‘Global Climate Change, Health and Regional Perspective’, held as part of a week of science education activities in Khartoum, Sudan. The meetings, attended by some 80 participants, were hosted by the Sudanese National Commission for Education, Science and Culture, the Sudanese National Academy of Sciences (SNAS) and IAP on 5-9 February 2017.

IAP for Health was also represented at the meetings by its co-chair, Depei Liu (China), who took part in the opening ceremony alongside Cheong, Suad Abdel-Raziq, Sudan’s Federal Minister of General Education, and Pavel Kroupkine,  head of the UNESCO office in Khartoum, who read out a welcome message from the UNESCO Director-General, Irina Bokova.

During the Policy Forum, Stefanini introduced the SCIESA project: an experimental project of  health science (SCIEnze della SAlute) education in primary school. The project, led by the Accademia Nazionale dei Lincei, has been running for several years and is following a cohort of primary school children in four primary schools in the Rome region as they learn – in interactive ways – about their body, how it works, and how to keep it healthy.The aim of the project is to make children aware that developing good eating habits and exercising at an early age can develop into long-term benefits as they grow and age. 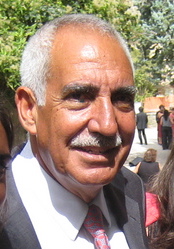 IAP for Health has contributed financially to the SCIESA project. Annual summaries of the curricula presented to the children together with pedagogical notes are available here:

Also presenting in the session in Khartoum was IAP coordinator, Peter McGrath. He introduced a new project being led by the Smithsonian Science Education Center (SSEC), ‘IAP SEP IBSE Curriculum Design Program on Zika and other Mosquito Borne Diseases’. The project, which has just kicked off, aims to develop curricula for primary and middle-school-aged children so that they develop an awareness of the dangers of mosquitoes and the diseases they transmit, and how they can reduce the risks of becoming infected. During the one-year project, the curricula developed will be tested, refined and then also translated into Spanish before being made freely available for download.

For a more detailed report of the IAP SEP meetings in Khartoum, please see HERE