The Algerian Academy of Science and Technology (AAST) was established by Presidential Decree in March 2015. AAST is a national independent institution, provided recently for by the constitution of the People's Democratic Republic of Algeria. The Academy is currently composed of its 46 founding members spread over two divisions (science and technology). This number is to be increased to reach 200 members.

According to its statutes, the AAST advices decision-makers in the field of its expertise, contributes to the progress of science and technology as well as their applications and promotes national and international collaborations. The Algerian Academy is in charge of the development of science and technology for education at all levels, together with the introduction of scientific culture to the society. The AAST supports and encourages the production of knowledge in general.

The Algerian Academy of Science and Technology has recently joined IAP as member. 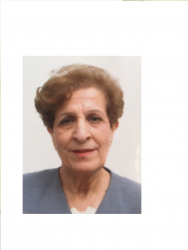