Within these Divisions are 6 Committees, 9 Commissions and 2 Federations (COMCOFs), under which are subgroups consisting of working groups concerned with bacteriological, mycological and virological research. IUMS acts as an umbrella organization for these scientific research activities (see also IUMS structure).

IUMS also has 96 national member societies and 26 associate member societies adhering to the Union. These societies are spread throughout the world and IUMS represents an important link for instance by organizing International Conferences at regular intervals

An IUMS Executive Board is elected at each IUMS General Assembly meeting . The Board consists of 15 members: a President, Past President, two Vice Presidents, Secretary General, Treasurer, two Members at Large and the Chairman and Vice Chairman of each of the three Divisions. The Executive Board meets annually and coordinates IUMS activi­ties. 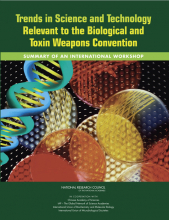 The National Academy of Sciences