Dr. Ismael Clark Arxer has been the President of the Cuban Academy of Sciences since April 1996, after it went its last reorganization and was designated by law as an official institution of the Cuban State, independent and consultative in matters of Science, establishing it effectively as the main scientific advisory body of the country.

Born in Havana in1944, married, and with three children, Dr. Clark received his M.D. degree from the University of Havana in 1967. From 1967 to 1976, he specialized as Clinical Biochemist at the National Center for Scientific Research. He took then a Fellowship at Friedrich-Schiller University, Jena, in 1975 to complete his education as researcher.

Linked to the Cuban Academy of Sciences (ACC) since 1977, he acted successively as General Scientific Secretary, Vice–president for Biology and Medicine, and as its First Vice-president until 1994.

When the Ministry for Science, Technology and Environment of Cuba was created in 1994, he was appointed as First Vice –Minister, a post in which he worked for two years in the foundation stage of that organization.

From 1996 to 1998 he was elected as Chairman of the Caribbean Association of States Special Committee for Cooperation in Education, Science & Technology, Health and Culture. Successively, from 2000 to 2005 he served as Secretary of the Caribbean Scientific Union, an organization that unites all Academies of Sciences in the Caribbean.

Keynote speaker and member of specialized panels at numerous national and international Conferences devoted to cooperation in S&T, to links between science, culture and sustainability, as well as to ethical problems involved thereby, he has published extensively in Cuban journals, and in different specialized volumes edited in English and Spanish, both in Europe and the Americas. 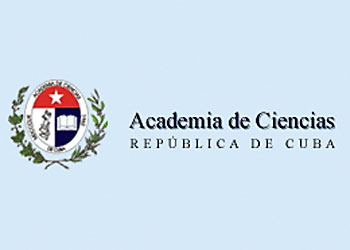 President
Academy of Sciences of Cuba