Countless scientists are displaced each year by war, political instability, and human-made and natural disasters. Some are killed. Countries that once had well-established science communities and thriving research ecosystems have seen these weakened, even destroyed, by conflict, violence or repression. Scientists who survive such crises may be displaced internally, forced into exile in neighbouring countries, or end up scattered far from their homes, without jobs and without prospects. Members of the global scientific community are rightly alarmed whenever a nation’s scientific enterprise faces a crisis which forces its scientists and graduate students to abandon their work and flee. In addition to the human tragedy, the resulting loss of scientific knowledge, systems and data has grave implications for national and international science communities, and for society more widely.

On 20 April 2022, the Science in Exile initiative will launch the Science in Exile Declaration ‘Supporting at-risk, displaced and refugee scientists: A call to action’, which outlines key commitments necessary at global level for both immediate and long-term support and protection to scholars and scientists who are at-risk, displaced or refugees, so as to build a better future for them, science and society at large. During this online event, internationally renowned advocates for science and peace, displaced scientists and organizations supporting at-risk, displaced and refugee scholars will present the Science in Exile Declaration and discuss its six Articles of Commitment. This launch event will also mark the start of a period during which interested organizations can register their support for the Declaration. 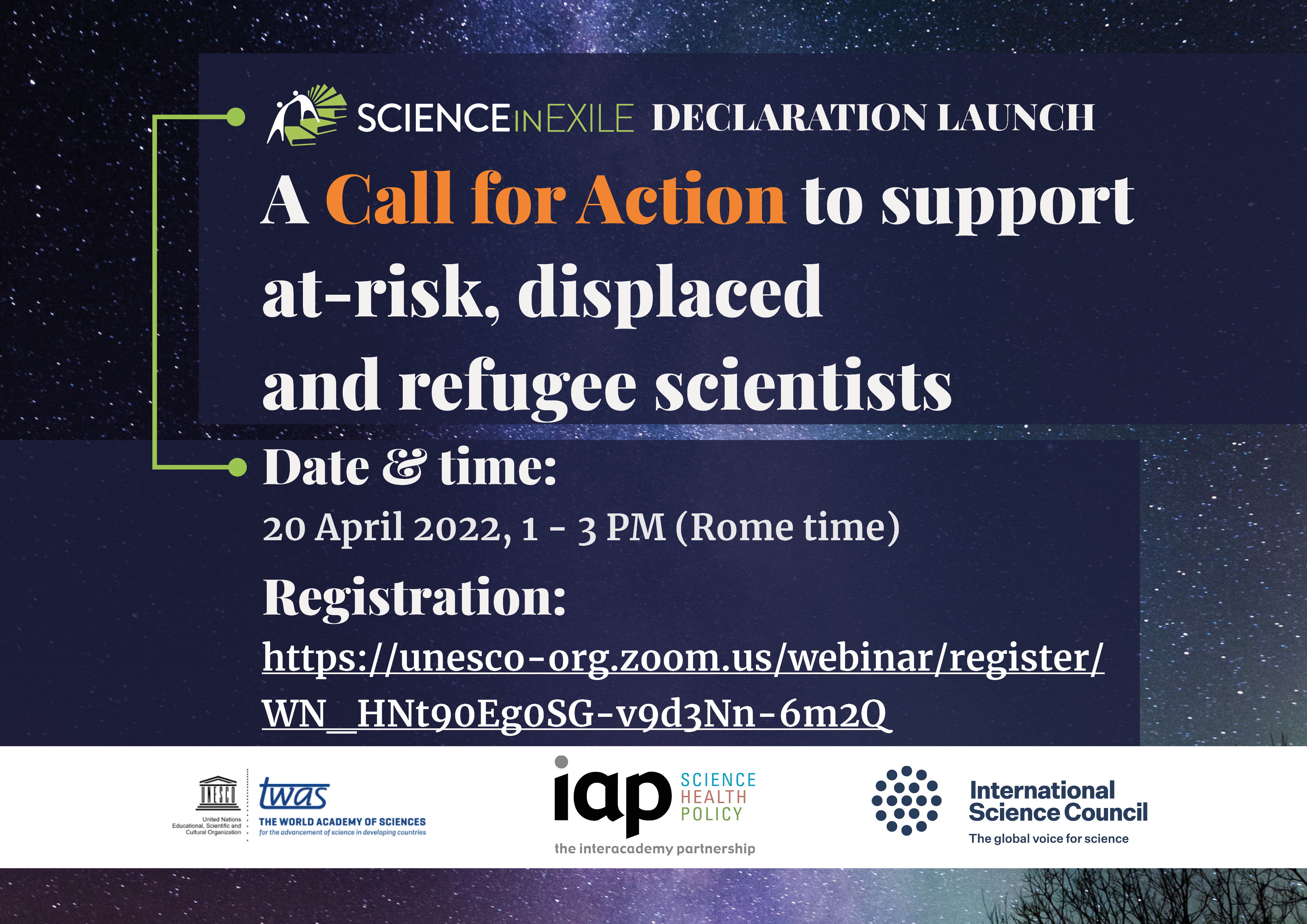