Skip to main content
Share on
"Spillover",
That’s a word that is not used much in the English language. It was used a lot, however, at the 3rd International One Health Congress in Amsterdam, the Netherlands (www.iohc2015.com), 15-18 March 2015.
Spillover refers to the event whereby a pathogen that may be circulating in a wild animal host, or perhaps a farm animal, enters a new host – perhaps a human.
“63% of all emerging or re-emerging diseases are either zoonotic – i.e. they have animal origins – or are vector-borne,” confirmed Anton Pijpers of the University of Utrecht, the main organizer of the congress in his opening address. Such spillover events often hit the headlines: SARS in 2003, various bird flu epidemics, and of course the ongoing Ebola epidemic in West Africa thought to have its origins in the local fruit bat population.
Such spillover events are happening all the time. Fortunately for us, however, very few of them turn out to be serious. Even so, as John Epstein of the EcoHealth Alliance, put it, “The major ecological drivers of disease are anthropogenic.”
Put another way, the human population is expanding – it is predicted that we will increase our numbers from the current 7 billion to 9 billion by 2050. In parallel, the number of domesticated animals that we farm is increasing. This puts pressure on the environment, as we seek to extract an increasing amount of food from essentially the same area of land. We are thus living in closer and closer contact with our animals, and we are encroaching on the natural habitats of other animals – such as fruit bats. In addition, organic waste, pesticides and pollutants from farms and cities – including many antibiotics – are contaminating our environment. 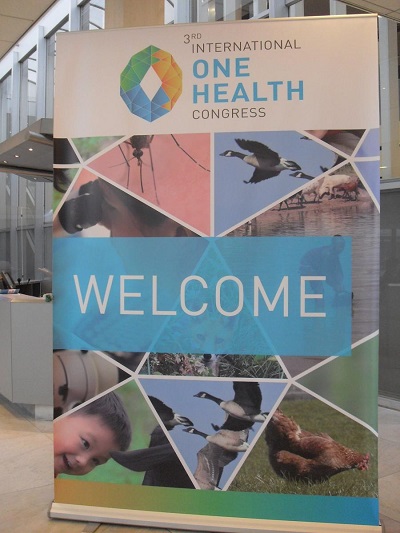 The One Health initiative is an attempt to take a holistic view of these inter-related concepts. It seeks to analyse the nexus between human health, animal health (including wildlife, farm animals and companion animals), the environment and economics.
Indeed, Jonathon Rushton of the Royal Veterinary College, London, UK, made the case that the food production system should be placed at the heart of One Health research and education.
Opening the congress, which was attended by more than 900 delegates from some 80 countries, Edith Schippers, Dutch Minister of Health, Welfare and Sport, referred to an outbreak of Q-fever in the south of the Netherlands that killed 25 people and infected hundreds of others. “We had protocols in place. We thought we were prepared,” she said. But it turned out that the necessary coordination between vets and medics (the Q-fever outbreak was linked to goat farms) was absent. “We had a blind spot,” concluded Schippers.
“Food is cheap and plentiful,” continued Rushton. “Is this our blind spot?”
Indeed, One Health is not just a question of looking at emerging diseases spilling over from wildlife. This new holistic view of human, animal and environmental health, that emerged some 10-15 years ago, also considers nutrition – both the under-nutrition that still afflicts many developing countries, as well as the over-nutrition common in the developed world but also increasingly common in many emerging economies. Under-nutrition, for example, can drive people to hunt bushmeat – and there is strong evidence that some viruses, such as Ebola, enter the human population via contaminated forest animals. Over-nutrition, on the other hand, is behind the global epidemics of diabetes, obesity and other non-communicable ‘lifestyle’ diseases.

Although the One Health movement is difficult to argue against – and it has many vociferous proponents. At the international level, a tripartite agreement to collaborate on One Health issues was signed by the World Health Organization (WHO), the United  Nations Food and Agriculture Organization (FAO) , and the World Organization for Animal Health (OIE), some five years ago (http://www.who.int/influenza/resources/documents/tripartite_concept_note_hanoi_042011_en.pdf).  However, some delegates at the congress argued that too many people are still working in their academic ‘silos’, and that the issue is not taking hold at the highest political levels. “Has any country established a Ministry of One Health?” asked one delegate. There was no response.
Even so, One Health projects and networks are emerging and are especially active in developing countries. “This is probably because those countries still have the challenges of infectious diseases, whereas in the North our physicians do not see such infections on the same scale,” says Paul Gibbs, University of Florida.
The spread of West Nile virus across the USA in the 1990s, the Q-fever outbreak in the Netherlands, and other outbreaks, demonstrate however, the need for ‘joined-up’ policies and practices across the One Health spectrum.
As Ron Fouchier, Erasmus MC, the Netherlands, put it, after discussing the results of his controversial gain-of-function experiments in ferrets, “The fact that the H5N1 influenza virus has not caused a pandemic does not mean that it won’t. We need to continue to be prepared.”
And in many ways, One Health is all about preparedness: about having the knowledge to deal with potential outbreaks and epidemics before they become serious. The alternative could be a repeat of what we have seen with the current Ebola epidemic in West Africa – where the international community responded too late to contain the infection, and the development of potentially useful diagnostic kits, therapeutic agents and vaccines had stalled due to lack of interest and funding.
The IAMP Executive Committee has identified One Health as an area where its member academies can make a useful contribution. The leading medical and animal health and environmental science researchers, for example, are already likely elected members of their respective academies in their home countries and can act as proponents of this new holistic view of health.
For this reason, IAMP Coordinator Peter McGrath attended the congress in Amsterdam to engage with key people within the 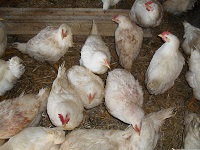 One Health movement (including those who have just launched the One Health Platform (www.onehealthplatform.com) to discuss issues such as capacity building, networking, and global coordination.
IAMP’s track record in the area includes its statement, a ‘Call for Action to Strengthen Health Research Capacity in Low and Middle Income Countries’ (May 2013), and the ‘Joint IAP/IAMP Statement on Antimicrobial Resistance: A Call for Action’ (November 2013). In addition, IAMP co-organized the IAMP/Federation of European Academies of Medicine (FEAM) Workshop on ‘Integrated Education in One Health’, hosted by the Hungarian Academy of Sciences in Budapest on 5 June 2013, and endorsed the ‘Bucharest Declaration on the One Health Concept’ that emerged from the FEAM Spring Conference hosted by the Romanian Academy of Medical Sciences on 12-13 May 2014. ‘IAP for Health’ has also signed up as a supporting organization of the One Health Initiative.
Among other goals, one aim is to work with the organizers of the 4th International One Health Congress – which will be held together with the 6th biennial Congress of the International Association for Ecology and Health – in Melbourne, Australia, on 4-7 December 2016 (www.oheh2016.org).
For further information, see: One Health Programme
Some One Health sites and networks of interest:
https://twitter.com/iohc2015
Related Project
Health