Skip to main content
Share on
The Academy Prizes, comprising an Academy Medal and prize money of about 30.000 USD for each, are awarded in a special ceremony

One prize is awarded in each category and every year one of the prizes is awarded to scientists related with Turkey or Turkish issues, meaning those who work in Turkey and/or study Turkey. Academy Prize in Basic and Engineering Sciences is designated as the Turkish connection prize for this year in accordance with the International Year of Basic Sciences for Sustainable Development proclaiming by the United Nations General Assembly for 2022.

TÜBA Academy Prizes are given to those scientists with original, leading and path-breaking works in their fields. Nominations are made by TÜBA members, academies and inter-academy organizations with which TÜBA is in cooperation and other science institutions and scientists invited as nominators.

Members of TÜBA and those who take part in the evaluation process of the prizes cannot be nominated. And also the nominees shouldn’t have received any another science award from public institutions and organizations in Turkey for last three years.

The nominees are evaluated by a Prize Committee in each category. The Committees, composed of TÜBA members and renowned scientists, examine the works of the candidates via a rigorous process involving peer-review and identify the possible prize laureates. The laureates are announced by the Academy Council of TÜBA. The Academy Prizes, comprising an Academy Medal and prize money of about 30.000 USD for each, are awarded in a special ceremony. For further information, please see the following link: http://www.tuba.gov.tr/en/tuba-awards/tuba-academy-prizes/nominations-for-2021-tuba-academy-prizes-1.

Nominations for 2022 Academy Prizes are open till 15 April 2022. The Prize Ceremony will be held under the auspices of the President of the Republic of Turkey.

TÜBA invites IAP member academies to nominate up to 3 outstanding scientists, with original, leading and path-breaking works for each category of TÜBA Academy Prizes. Please provide TÜBA with a statement of reason for nomination by completing this form and the full CVs of the nominees. You may send your nominations to academy.prizes@tuba.gov.tr. 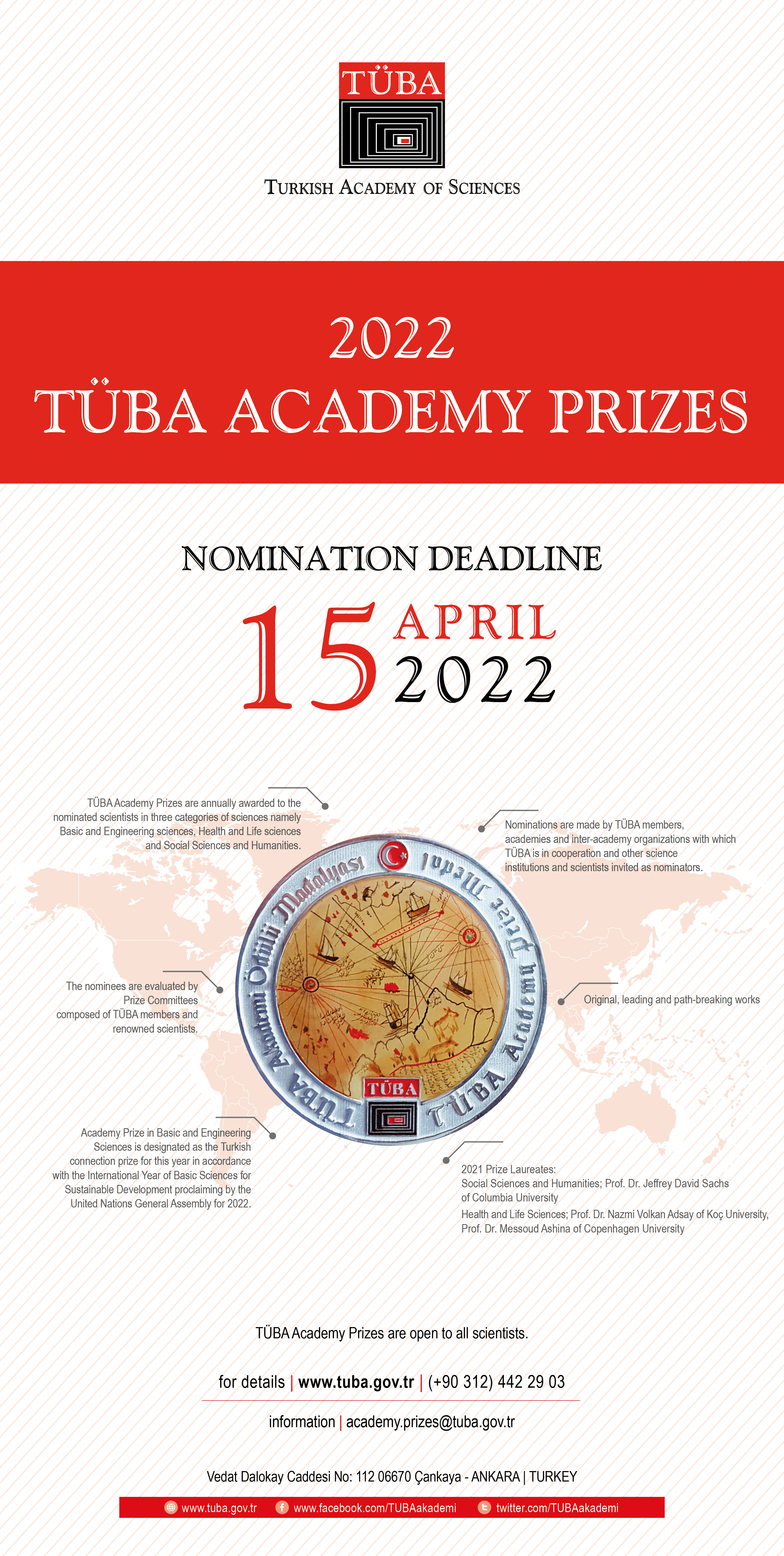