Peer review is the hallmark of scientific publishing: it is a vital safeguard in protecting a high-quality system of knowledge production and in maintaining trust in science. Predatory journals, fake conferences and related practices that undermine these standards increasingly plague the research enterprise, and the consequences can be profound.

In many countries, predatory practices are reaching crisis proportions, with an exponential growth in predatory journals [1]. Scams are becoming increasingly sophisticated, threatening to cause widespread, long-term damage to knowledge generation, academic integrity and the research enterprise as a whole.  The proliferation of these profit-driven practices provides direct support to a growing anti-science movement, diminishing society’s respect for science and its contribution to society.

Today sees the launch of a new IAP project that will explore predatory practices with a focus on predatory journals, complementing projects led by other global institutions on related issues of open science and scientific publishing [2]. Led by an independent working group of international experts nominated by academies around the world, the project will gauge the extent of predatory journals and review efforts to combat them to-date. It will explore their impacts and make recommendations to key stakeholder communities whose actions are imperative in combatting these practices, including the research community itself, open access and traditional publishers, research funders, administrators and policymakers.

“An independent, international, evidence-based study is needed to define predatory and unethical practices and devise practicable solutions to combat them” said Susan Veldsman, Project Co-Chair and Director of Scholarly Publishing Programme at the Academy of Science of South Africa (ASSAf).

“Ethical integrity in science publishing must be clearly defined, alongside the design of international initiatives to raise awareness amongst students, researchers and faculty alike”.

“Though all researchers can fall prey, early-career researchers from countries with weaker research ecosystems, such as developing countries, are especially vulnerable to predatory practices. Indeed, if unchecked, a large proportion, if not the majority, of scientists in these countries will have published in predatory journals, which will make it more difficult to reverse the tide. It is becoming an epidemic. And 'author-pays' models of open access risk exacerbating this.” added Professor Abdullah Shams Bin Tariq, Project Co-Chair and Associate Fellow of the Bangladesh Academy of Sciences.

Professor Richard Catlow, Principal Investigator for the project, IAP Policy Co-Chair and Foreign Secretary of the Royal Society said “This problem requires global coordination and consensus. IAP is well-placed to lead this effort, in cooperation with other global science institutions, and to effect necessary and urgent change”.

More information about the project and a full list of the members of its international working group are available at https://www.interacademies.org/project/predatorypublishing. The project is funded by the Gordon and Betty Moore Foundation and will report its findings by early 2022.

About the InterAcademy Partnership

The InterAcademy Partnership is a global network of more than 140 merit-based academies of sciences, engineering and medicine, whose members represent over 30,000 of the top researchers around the world.  Membership includes the Global Young Academy, enabling engagement of early career researchers and National Young Academies. With its four regional networks – in Africa (the Network of African Science Academies, NASAC), the Americas (the InterAmerican Network of Academies of Sciences, IANAS), Asia (the Association of Academies and Societies of Sciences in Asia, AASSA) and Europe (the European Academies Science Advisory Council, EASAC) – IAP provides a platform for mobilizing regional and national expertise on wide-ranging issues of global importance, and for facilitating cooperation with other key stakeholders and potential partners. 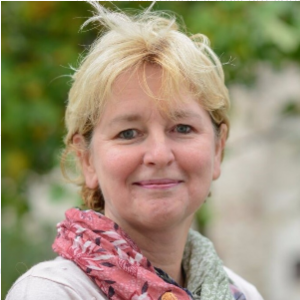