Skip to main content
Share on
Drawing attention to the need for a strong paradigm shift, this statement encourages countries not only to control but also to prevent trauma by considering it as a disease with an integrated comprehensive approach in their health agenda.

Every year injuries kill more than 5 million − in other words they cause the deaths of around 1 out of every 10 people. They have been considered the number one killer and crippler of children and youngsters for more than 20 years, yet in most countries acute injuries (also known as trauma) are still considered ‘accidents’. As such they do not enjoy an integrated and comprehensive approach in national healthcare systems, even if some countries such as Canada, Germany and the USA have significantly reduced deaths and disability by focusing on acute injury as an integral, inclusive and undivided entity.

Therefore, member academies of IAP Health today issued the statement ‘A call for action to declare trauma as a disease’. Drawing attention to the need for a strong paradigm shift, it encourages countries not only to control but also to prevent trauma by considering it as a disease with an integrated comprehensive approach in their health agenda. This statement has been endorsed by more than half the member academies of the network and was released during the 7th World Health Summit Regional Meeting.

Trauma is the physical damage that results when a human body is exposed to levels of energy (kinetic, thermal, chemical, electrical or radiant) in amounts that exceed the threshold of mechanical/physiological tolerance and/or the impairment of normal function resulting from a lack of oxygen (drowning, smoke inhalation or strangulation) or heat resulting in hypothermia (trench foot, environmental hypothermia, freezing...).

Why a disease framework is suitable for trauma

A disease framework consists in a series of steps: identify the problem, measure the consequences, find the causative agent, develop treatment strategies, and implement a prevention plan all within a measurement and analysis continuum.

“Vehicle crash, homicide, fall, drowning: when reported, trauma is still described by category. In contrast, while there are many types of cancer, healthcare systems have unified their prevention and control strategies – and rightly so, as this has been proven very effective. It is time for all countries to make a similar transition and declare trauma as a disease,” says Professor Jorge Neira of the Academia Nacional de Medicina (Argentina) who co-chaired the working group responsible for reviewing the statement.

“Far for being ‘accidents’ − unforeseen events attributable to chance factors – injuries are the consequence of a causal chain of facts and circumstances. As such, health authorities can elaborate and test strategies that will not only reduce the events themselves, but also the precursor events when they do occur,” explains Professor Depei Liu, IAP President and IAP Health Co-chair.

“Once the causes and consequences of this disease have been identified, health authorities must receive the appropriate support to develop an injury prevention and control plan to reduce trauma mortality, as well as improve treatment and rehabilitation. There is a clear need to consider the diverse categories of trauma not as different entities, but as particular aspects of the same disease model,” says Professor Detlev Ganten, Founding President of the World Health Summit.

“Injury distribution disparities across countries are key to understanding the devastating impact of trauma. It is crucial to implement strategic interventions to develop a trauma system methodology especially in low/middle-income countries because 90% of road traffic deaths occur here, even though these countries account for only 53% of the world’s registered vehicles,” adds Dr. Peggy Hamburg, IAP Health Co-chair.

The statement also emphasizes the need of for more research on trauma, develop trauma registries regarding to all its facets and curricula where it is framed as a disease, and reduce well-known risk factors for motor vehicle crashes by lowering speed limits, introducing drink-driving laws and the compulsory use of helmets, seat-belts and child restraints, banning the use of cell phones while driving, and promoting violence prevention using the information obtained from trauma registries.

The cost of trauma

Worldwide, fatal and non-fatal trauma is associated with an annual economic cost of approximately US$670 billion in medical care expenses and lost productivity. In the specific case of car crashes, while figures vary between regions, globally 1.2 million people die annually and an additional 20-50 million survive but have mild to serious disabilities (the overall cost of car crashes has been estimated at more than US$160 billion annual).

IAP Health is a component network of the InterAcademy Partnership. Its membership comprises 78 academies of medicine or academies of science and engineering with strong medical sections. IAP for Health is committed to improving health world-wide, including through the release of consensus statements on matters of importance to global health. IAP for Health Statements such as this one are prepared by a working group comprising experts nominated by member academies, and are released once they have been endorsed by more than half the member academies of the network.

More information about IAP can be found at www.interacademies.org and on Twitter at @IAPartnership.

Through IAP, the world’s academies of medicine and medical branches of science academies have been producing statements since 2002, when they produced their first statement on infectious diseases, ‘Controlling Infections in the 21st Century’. Statements since then have covered topics including the health co-benefits of climate change mitigation, and a call for action to strengthen health research capacity in low and middle-income countries. The latest statements include the ‘IAP Statement on Science and Technology for Disaster Risk Reduction’, ‘IAP Statement on Climate Change and Education’, ‘IAP for Health - A call for action to tackle the growing burden of dementia’.

All previous IAP Statements can be found at: https://www.interacademies.org/science-advice/statements. 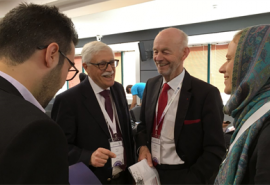 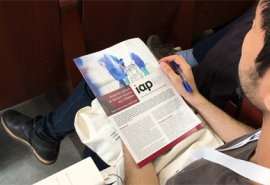 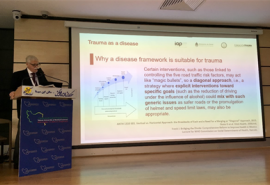 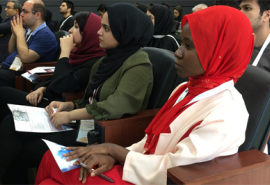 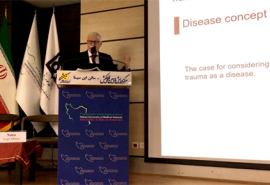 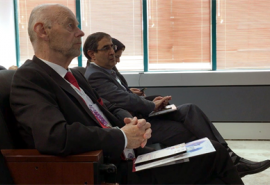 Thumbnail_Students at the Trauma Statement presentation 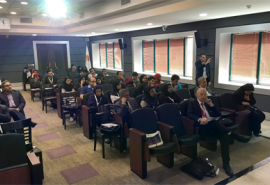 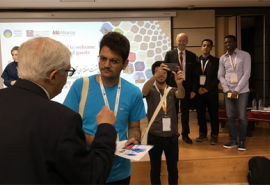 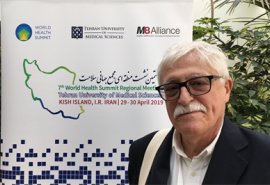