Skip to main content
Share on
A session at the World Social Science Forum in Japan highlighted the plight of war-displaced scientists and the role of the global scientific community in better understanding and addressing the challenges confronting them.

There is a growing recognition of the need for the international scientific community to address the number of threatened, displaced and refugee scientists worldwide, according to a special session organized by the International Science Council (ISC), The World Academy of Sciences (TWAS) and the InterAcademy Partnership (IAP) at the 2018 World Social Science Forum in Fukuoka, Japan.

Whilst a number of existing programmes and initiatives support threatened and displaced researchers, global scientific bodies could do more to better understand the numbers of scientists concerned and the particular challenges they face, according to Mathieu Denis, Science Director at the ISC, who co-chaired the session with Peter McGrath, Coordinator of the InterAcademy Partnership. The ongoing Science International initiative[link: https://council.science/current/news/science-international-at-risk-researchers] to explore the plight of displaced scientists, which was presented by McGrath, is an important part of this effort.

McGrath also introduced an abridged version of a documentary, "Science in Exile", produced by TWAS, that follows the stories of scientists displaced by violent conflict in Syria, Yemen and Iraq as they sought to find suitable positions in Europe away from the chaos in the home countries.

The United Nations Refugee Agency (UNHCR) currently estimates that there are around 69 million forcibly displaced people worldwide. How many of them are scientists remains unknown, but Mustafa Yahya Mohamed Bahran, who spoke during the session, estimates that around 10,000 scientists and researchers may be involved.

Bahran is a Yemeni physicist currently working at Carleton University in Ottawa, Canada, where he was offered a placement in partnership with the Institute of International Education’s Scholar Rescue Fund (IIE-SRF). Bahran, who was forced to flee persecution and war in Yemen, as recently documented in Physics Today, agreed that the international scientific community has a unique role to play in raising awareness of the plight of threatened and displaced scientists.

The scientific community can also press for action from governments and international bodies, and has a platform to speak out about the realities of current conflicts, such as the ongoing war in Yemen, said Bahran.

The number of people forcibly displaced from their homes has reached record numbers in recent years. However, scientists may also be forced to seek opportunities overseas because of broader crackdowns on academic freedom.

Ayse Esmeray Yogun, a researcher at the Conservatoire national des arts et métiers (CNAM) in Paris, gave a personal insight into her experiences as a young scholar who left Turkey for France after having been identified as a political activist. Yogun noted the particular challenges for postdoc and other early-career researchers who may find themselves forced to move into difficult and precarious academic job markets at a stage when they don’t necessarily have the personal networks or language skills to support travel.

French political scientist Pascale Laborier, from Université Paris Nanterre, agreed that young scholars are disadvantaged by the lack of transferability of qualifications and experience, even within Europe. Laborier introduced the work of the French programme PAUSE (Programme national d'aide à l'Accueil en Urgence des Scientifiques en Exil) programme, for which she serves as a committee member.

When there are so many people at risk of forced displacement, one may question why scientists merit specific support. However, Laborier noted that scientists – like union leaders and journalists – are often targeted in particular by oppressive regimes, and so there is a need for focused action. 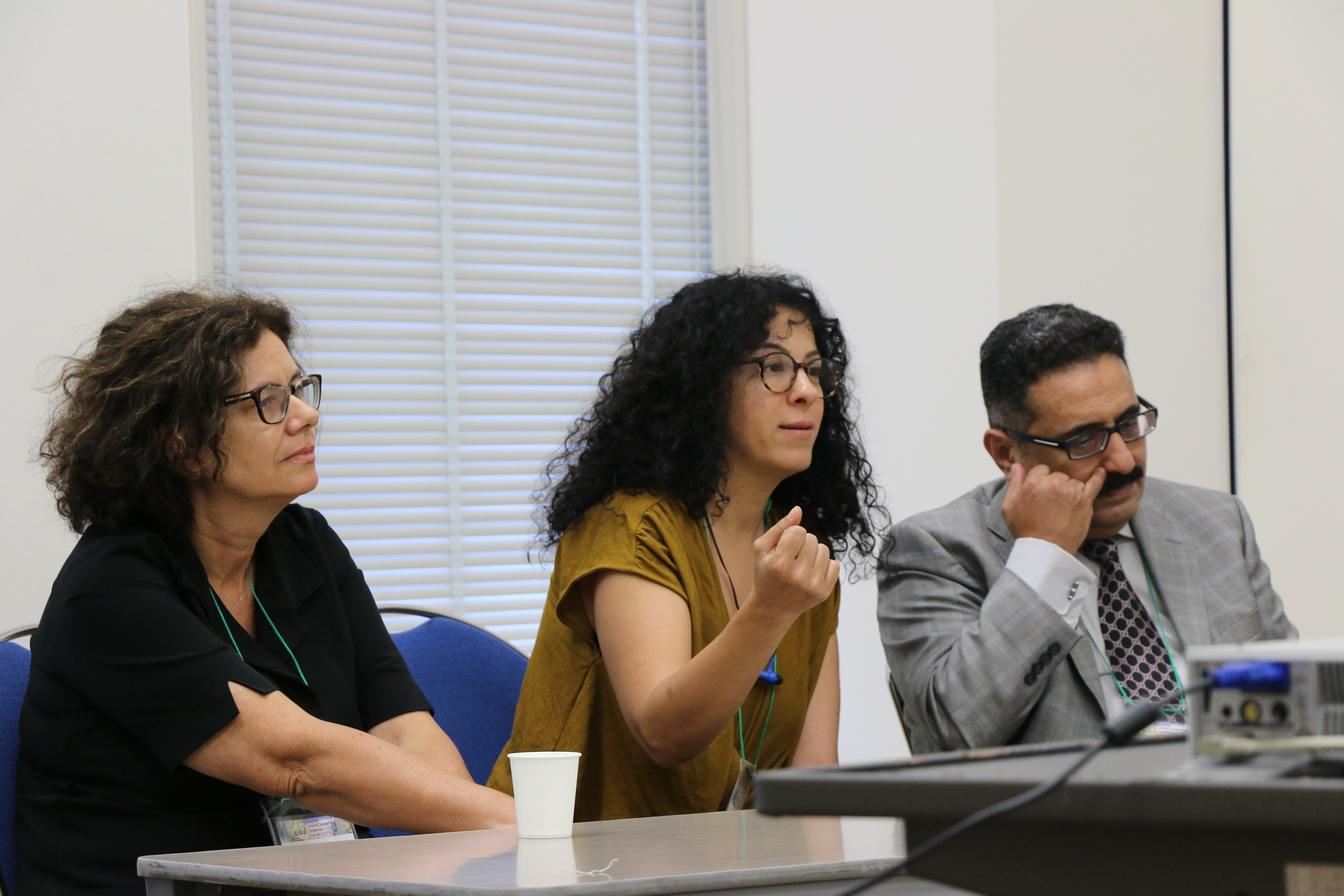 Following the presentations, a discussion with participants in the room highlighted the importance of meta-initiatives like the Science International effort to gather forces, as well as possibilities to use science diplomacy, such as supporting visas for scientists at risk and to create fora in which scientists can connect to share experiences and opportunities.

The three core organisations of the Science International project are the InterAcademy Partnership (IAP) and The World Academy of Sciences (TWAS), both based in Trieste; and the International Science Council, based in Paris. Collectively, they represent more than 280 national, regional and global science organizations worldwide, with individual members at the highest levels of scientific research, policy and education.

The World Social Science Forum ran 25-28 September in Fukuoka, Japan, with the theme, “Security and Equality for Sustainable Futures”.

This Science International session at the WSSF was supported financially by IAP, ISC and the Institute of International Education’s Scholar Rescue Fund (IIE-SRF).