Skip to main content
Share on
The new IAP Statement ‘Climate Change and Biodiversity: Interlinkages and policy options’ highlights that climate and biodiversity policies are currently insufficiently connected and addressing climate change and biodiversity decline together is central to achieving the Sustainable Development Goals (SDGs)

This is why the InterAcademy Partnership (IAP), a global network whose more than 140 member academies constitute more than 30,000 leading scientists, engineers and health professionals in over 100 countries, issues today the new Statement ‘Climate Change and Biodiversity: Interlinkages and policy options’.

“The year 2021 should be one of the turning points in history, in which the international community collaborated to make a long-lasting difference by streamlining and integrating climate change and biodiversity policies and embarking on a pathway towards a stable climate and a vibrant biosphere,” says Sir Richard Catlow, IAP co-President and member of the UK Royal Society.

“By better integrating climate and biodiversity policies at international and national levels, the full potential of biodiversity to support climate action could be leveraged, whilst at the same time helping to reverse the ongoing decline in biodiversity,” adds Depei Liu, IAP co-President and member of the Chinese Academy of Engineering.

As highlighted in the Statement, some policy measures are beneficial in both areas, helping to mitigate and adapt to climate change as well as to conserve and restore biodiversity. However, this is not guaranteed, and some climate actions can undermine biodiversity goals.

The full statement is available at https://www.interacademies.org/statement/climate-change-and-biodiversity-interlinkages-and-policy-options.

Click on the image below to see the infographic on climate change and biodiversity in full size. 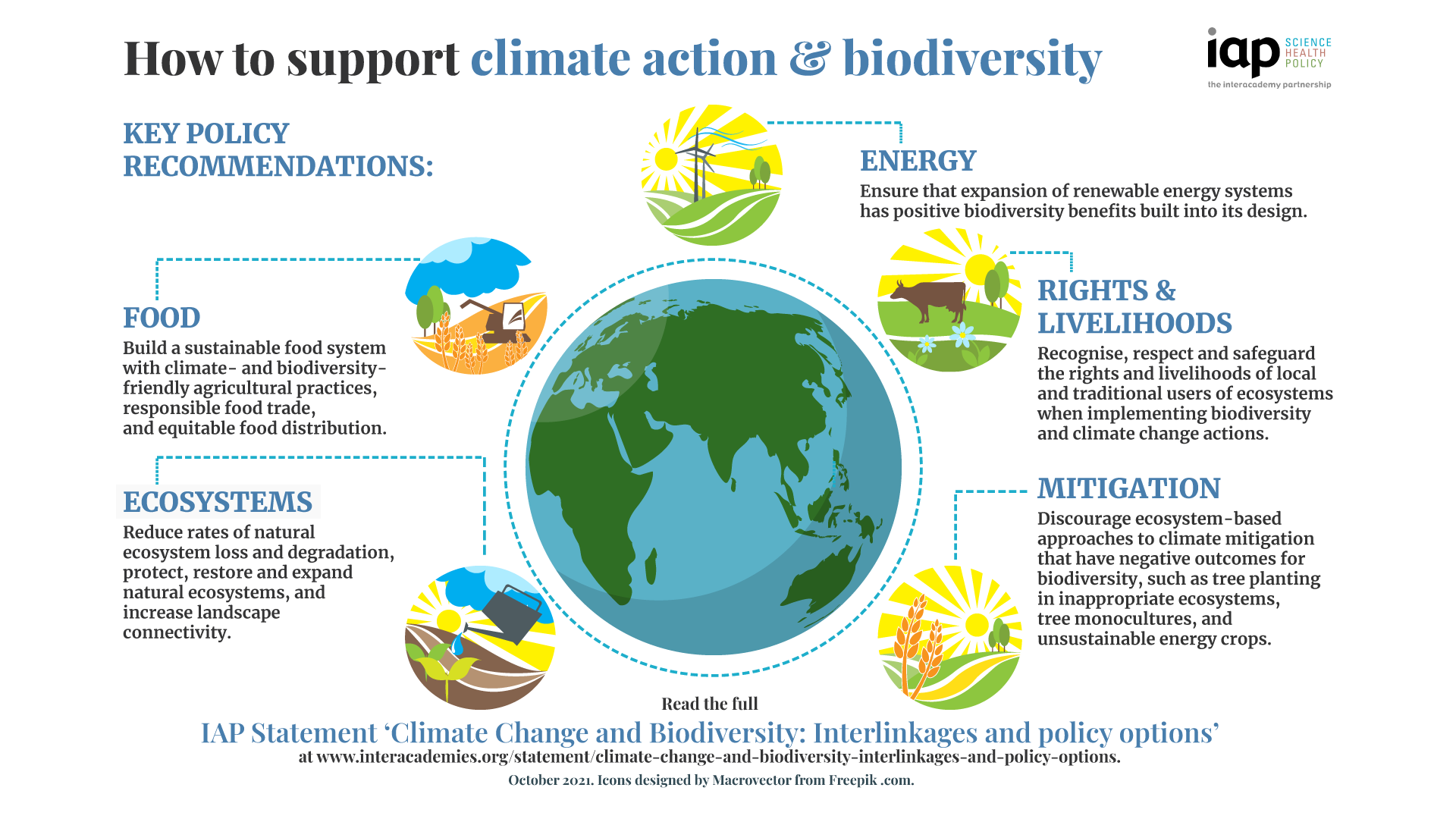 About the InterAcademy Partnership (IAP)

Under the umbrella of the InterAcademy Partnership (IAP), more than 140 national, regional and global member academies work together to support the vital role of science in seeking evidence-based solutions to the world’s most challenging problems. In particular, IAP harnesses the expertise of the world's scientific, medical and engineering leaders to advance sound policies, improve public health, promote excellence in science education, and achieve other critical development goals. IAP academy members constitute more than 30,000 leading scientists, engineers and health professionals in over 100 countries.

More information about IAP can be found at www.interacademies.org, on Twitter at @IAPartnership, on LinkedIn and YouTube. 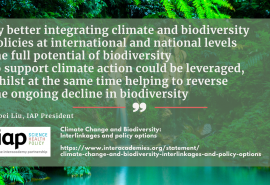 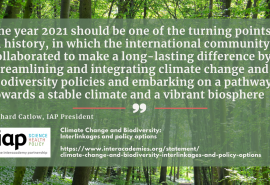