Yves Quéré co-chaired IAP Science between 2000 and 2007 and worked with IAP to reform and develop science education on a global scale, especially in primary and secondary schools, with a pedagogy based on inquiry (Inquiry-Based Science Education, IBSE).

As reported by Education Destination Malaysia,

The French Ambassador also acknowledged the contribution of Dato’ Ir. Dr Lee Yee Cheong, the Honorary Chairman of [the International Science, Technology and Innovation Centre for South-South Cooperation under the auspices of UNESCO] ISTIC and former Chair of the InterAcademy Partnership (IAP) in bringing IBSE to Malaysia. The Ambassador noted that he can see that both Dato’ Dr Lee and Professor Quéré have forged a close friendship through the years and their love for Science as well as the need to impart this effective approach in IBSE, have worked so well together and graciously acknowledged that they have both done a great service to the world.

You can read more about the Yves Quéré Inquiry Based Science Education (IBSE) Pilot Centre on the website of the ECO Science Foundation.

gortolani@twas.org
Yves Quéré at UNESCO in Paris, France, in 2016 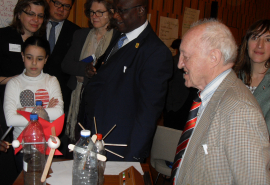 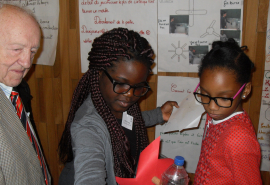