Spending on science worldwide increased (+19%) between 2014 and 2018, as did the number of scientists (+13.7%). This trend has been further boosted by the COVID crisis, according to UNESCO’s new Science Report, The Race against Time for Smarter Development.

But, these figures hide significant disparities: just two countries, the United States and China, account for nearly two-thirds of this increase (63%) while four out of five countries lag far behind, investing less than 1% of their GDP in scientific research. The scientific landscape thus remains largely a landscape of power.

Artificial intelligence and robotics are particularly dynamic fields, according to the report which notes that almost 150,000 articles were published on these subjects in 2019 alone. Research in artificial intelligence (AI) and robotics has surged in lower middle-income countries, which contributed 25.3% of publications in this field in 2019, compared to only 12.8% in 2015. Over the past five years, more than 30 countries have adopted specific strategies, among them China, the Russian Federation, the United States of America, India, Mauritius and Vietnam.

Other fields of research that are crucial for our future attract significantly lower investments. In 2019 for example, research into carbon capture and storage, only generated 2,500 articles, 60 times fewer than artificial intelligence. Research on the subject is actually declining in six of the ten countries leading research in this field (Canada, France, Germany, the Netherlands, Norway and the current leader, the United States). Similarly, the field of sustainable energy remains under-explored, representing only 2.5% of global publications in 2019.

There is a long way to go before science contributes its full potential to sustainable development.

The world must focus on providing science with the tools it needs. As Audrey Azoulay, Director-General of UNESCO, points out, “better-endowed science is indispensable. Science must become less unequal, more cooperative and more open. Today’s challenges such as climate change, biodiversity loss, decline of ocean health and pandemics are all global. This is why we must mobilize scientists and researchers from all over the world.”

Although international scientific cooperation has increased over the last five years, open access still only applies to one publication in four. Moreover, despite the tremendous collective momentum generated by the fight against COVID-19, many obstacles stand in the way of open access to research in much of the world.

For example, more than 70% of publications remain largely inaccessible to the majority of researchers. The report documents efforts to break down these barriers, which are sources of both inequality and inefficiency. New models for the circulation and dissemination of scientific knowledge in society must be implemented.

UNESCO has been working on this since 2019, when it began preparing a global standard-setting instrument for open science. If adopted at the Organization’s next General Conference in November 2021, the Recommendation will provide the international community with a shared definition and framework in which to develop the transparent, inclusive and effective science the world needs.

The report also underscores the importance of diversity in science; the development of this critical discipline must involve the whole of humanity. It finds that only one third of researchers in the world are women. While parity has almost been achieved in the life sciences, it is still a long way off in many sectors of growing importance. For example, women represent only 22% of the workforce in the field of artificial intelligence. This is a problem not only for today, but also for tomorrow. We cannot allow the inequalities of society be reproduced, or amplified, by the science of the future.

Science must unite all of humanity to face the challenges of today and tomorrow. The report urges the restoration of public confidence in science, and reminds us that today’s science contributes to shaping the world of tomorrow, which is why it is essential to prioritize humanity's common goal of sustainability through ambitious science policy.

Every five years, the UNESCO Science Report provides an update of trends in science governance. Written by 70 authors from 52 countries, it aggregates data on spending, personnel, scientific publications and patents. The latest edition tracks progress towards the UN's 2030 Sustainable Development Goals and the rapid progress of the Fourth Industrial Revolution. It also tracks the impact of the COVID-19 pandemic on global research and innovation.

This year's report also includes The integration of refugee and displaced scientists creates a win–win situation, a chapter authored by Peter McGrath, Coordinator of the InterAcademy Partnership (IAP) and the TWAS Science Policy/Science Diplomacy programme, and Edward W. Lempinen, a writer and media relations specialist at the University of California, Berkeley (USA) and former public information officer for The World Academy of Sciences (TWAS) in Trieste, Italy. 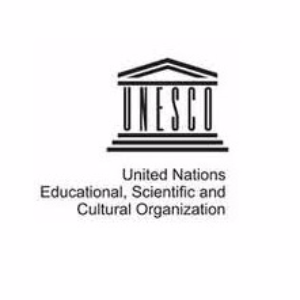