In the 1970s, the scientists of Sri Lanka felt the need for setting up an independent, high level, interdisciplinary, body of scientists. The Sri Lanka Association for the Advancement of Science, already in existence for over 35 years, was performing its function adequately as an interdisciplinary body concerned with advancing scientific knowledge from school level right up to higher academic levels. Its membership was open to all persons with a basic degree in science as well as to aspiring scientists acquiring tertiary education in science. What was needed was a smaller body comprising scientists who had achieved eminence in their respective fields through high level scientific work over a period of several years. They would have the maturity and experience and the depth of scientific knowledge for studying fundamental issues relating to scientific development in the country and issues of national importance regarding the links between science and economic development. A parallel was drawn with the Academies of Science of the USA and India, for example, and with the Royal Society of Great Britain. There were two divergent views on the feasibility of establishing such a body at that time. One was that Sri Lanka did not have scientists of the required calibre in adequate numbers to constitute such a body, and that the time was not opportune to establish an Academy. The other, opposing, view was that Sri Lanka should make a start anyway and establish such a body, and this would act as a spur for scientists to pursue academic work and gain eminence in their respective fields. Eventually the Academy was established in 1976. It took another 12 years for the Academy to be incorporated by an Act of Parliament with the mission of creating a body of persons who have reached a level of academic excellence in any scientific discipline in Sri Lanka, to provide independent expert advice, to report on matters of paramount national importance relating to science, and to promote the dissemination and advancement of scientific knowledge. Presently the Academy has 125 members. 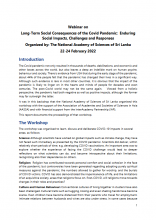 National Academy of Sciences of Sri Lanka
Other 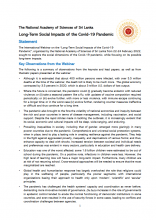 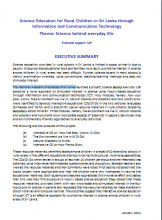