How to protect marine environments

The new IAP Statement on the Protection of Marine Environments, released as the world prepares to celebrate World Oceans Day (8 June) and the UN Decade of Ocean Science for Sustainable Development (2021-2030), sets out concrete actions to preserve a healthy ocean.

The InterAcademy Partnership (IAP) is a global network whose 143 member academies constitute more than 30,000 leading scientists, engineers and health professionals in over 100 countries. With this Statement, which has been formally endorsed by a majority of member academies, IAP calls on governments, NGOs and its member academies to:

Why it is important to protect the marine environment?

“The ocean, connected over approximately 71% of the Earth’s surface, supports humankind. Human well-being and our economy have benefited from the ocean for oxygen to breathe, fish and seafood to eat, leisure and healing places to visit, seaways for transportation, and the many jobs associated with ocean activities,” says Richard Catlow, IAP Co-President and Vice President and Foreign Secretary of the UK’s Royal Society.

“Unregulated and excessive human activities are causing the deterioration of the marine environment, reducing biodiversity and threatening its ecosystem services. We have little time to nurture the ocean’s resilience, remove threats and eliminate disruptions, especially because global warming has an increasing impact on ocean health,” says Depei Liu, IAP Co-President and Former Vice President and Member of the Chinese Academy of Engineering.

“The world’s oceans are experiencing extensive habitat destruction due to both direct impacts (e.g. coastal development) and indirect impacts (e.g. climate change, invasive species, pollution). We urge world leaders to embrace a holistic approach to the ocean, which requires universal recognition of our common interest in and dependence on the status of the ocean,” says Suam Kim, Fellow of the Korean Academy of Science and Technology (KAST), who chaired the international working group who developed the statement.

Click here to download this infographic as a PDF or as a high-resolution jpeg (to download and use all our communications and outreach assets check this Trello board).

The full text of the IAP Statement on Protection of Marine Environments can be downloaded from  www.interacademies.org/statement/protection-marine-environments.

About the InterAcademy Partnership (IAP)

Under the umbrella of the InterAcademy Partnership (IAP), more than 140 national, regional and global member academies work together to support the vital role of science in seeking evidence-based solutions to the world’s most challenging problems. In particular, IAP harnesses the expertise of the world's scientific, medical and engineering leaders to advance sound policies, improve public health, promote excellence in science education, and achieve other critical development goals. IAP academy members constitute more than 30,000 leading scientists, engineers and health professionals in over 100 countries.

More information about IAP can be found at www.interacademies.org, on Twitter at @IAPartnership, on LinkedIn and YouTube. 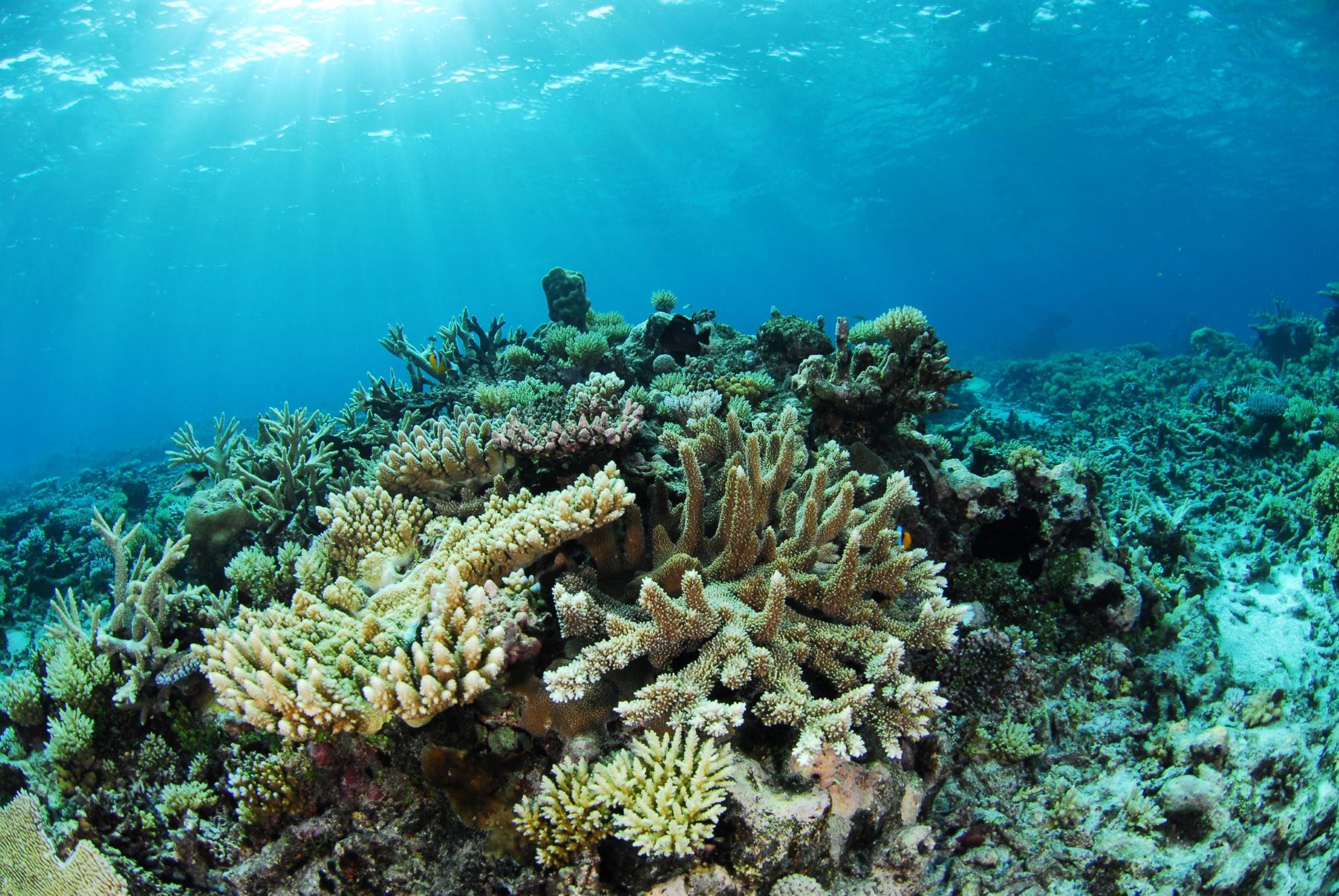 Download these social media images and share them together with our infographic to urge word leaders to improve ocean health. 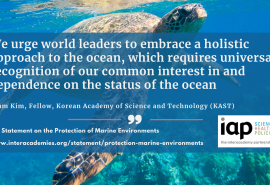 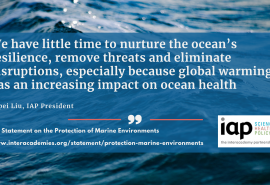 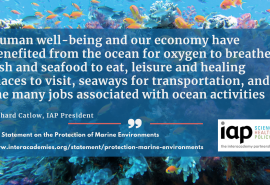