The Indian National Science Academy (INSA) was established in January 1935 with the object of promoting science in India and harnessing scientific knowledge for the cause of humanity and national welfare. The foundation of the Academy, earlier known as the National Institute of Sciences of India (NISI), was the outcome of joint endeavours of several organizations and individuals and the Indian Science Congress Association (ISCA) playing a leading role in this regard.

Towards the end of 1930, the then Government of India wrote to various State (then provincial) Governments, Scientific Departments, Learned Societies, Universities and the ISCA seeking their opinion on the desirability of forming a National Research Council which would adhere to and cooperate with the International Research Council and its affiliated Unions. This period witnessed the visit of Sir Richard Gregor, the Editor of Nature for discussions with the Editor of Current Science for the promotion of an Indian Academy of Sciences. The proposal was considered by various eminent scientists whose views regarding the composition and functioning of such a national council were put up in the form of resolution to the ISCA during its Pune Session. A special meeting of ISCA was held in Mumbai in January1934 to consider the scheme. In response to the plea made by the President of the ISCA, Professor MN Saha in support of an Indian Academy of Sciences on the model of the Royal Society, London, the General Committee of the ISCA unanimously accepted the proposal for the formation of a national scientific society. The Committee formed an ‘Academy Committee’, which was requested to submit a detailed report for consideration at the next session of the ISCA. The committee submitted the report in January 1935 incorporating (i) the aims and objects of the national scientific society to be formed; (ii) draft constitution; (iii) names of 125 Foundation Fellows selected by a Special Committee of Specialists; and (iv) names of 25 scientists as members of the provisional Council of Academy. The report of the Academy Committee was placed by Dr LL Fermor (President, 22nd Session, ISCA) before a Special Meeting of the Joint Committee on January 3, 1935. The recommendations of the Academy Committee were accepted by unanimous resolution by the ISCA and the foundation of the National Institute of Sciences of India as an all India body of scientists was thus laid. An inaugural meeting of the National Institute of Sciences of India (NISI) was held on January 7, 1935 under the Chairmanship of Dr JH Hutton (President, 23rd Session, ISCA) in Calcutta, and the Inaugural Address was delivered by the first President of NISI, Dr LL Fermor. The Institute, thus, started functioning with its Headquarters at the Asiatic Society of Bengal, 1 Park Street, Calcutta, from that day.

The issue of the Government recognizing the NISI as the representative body of the scientists was taken up after ten years of its foundation. After due deliberations and discussions, it decided to recognise the National Institute as the premier scientific society representing all branches of science in India in October 1945. The Headquarters moved over to Delhi in May 1946, and the Government commenced providing increased grants to meet expenses on travel, publications, research fellowships, and for allocating grants-in-aid to other scientific societies for bringing out their publications. A capital grant for the Headquarters building was also sanctioned in 1948 by the Government. The foundation stone of the building was laid by Pt Jawaharlal Nehru, the then Prime Minister of India, on April 19, 1948. The Office of the NISI moved to its present premises on Bahadur Shah Zafar Marg, New Delhi in 1951. It was designated as the adhering organization in India to the International Council for Science (ICSU) on behalf of the Government of India in January 1968.

The name of the National Institute of Sciences of India was changed to the Indian National Science Academy (INSA) in February 1970. 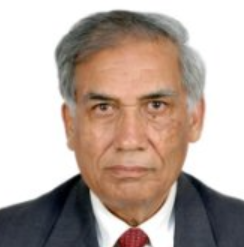 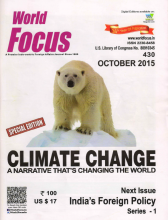